Zombie Lin is a character in Saints Row.

After Lin's death,[1] calling Eye for an Eye voodoo supplies (555-5966) unlocks Zombie Lin as a homie. She is then available as a badly decomposed zombie and drives to wherever Playa is in a customized Reaper.

She tears off one of her own arms for use as a weapon.[2]

Zombie Lin briefly pauses to eat the flesh of anyone lying dead on the street.

— Sephren Nichols, on a radio commercial for Secrets of the Pyramid.

I hear Lin still walks amongst us

Hey, is Lin really a zombie?

— Randomly said by Richie, during Drug Trafficking in Saints Row 2

Is it true you guys used to roll with a Zombie?

— During the Saints Row: The Third mission "Zombie Attack" 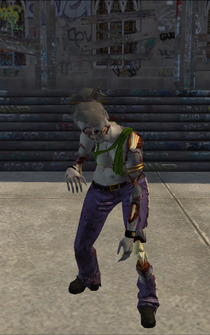 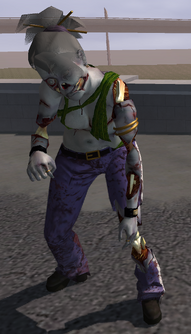 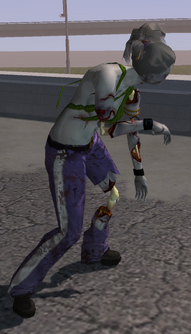 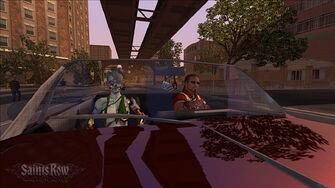 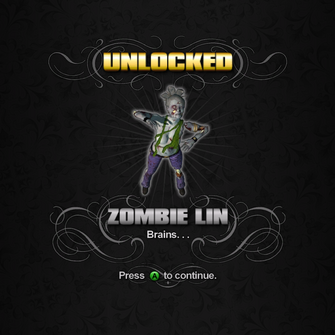 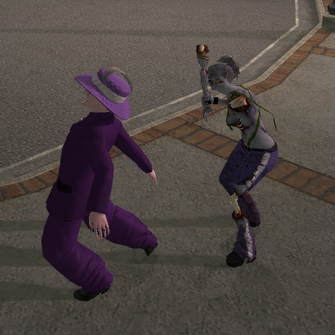 Zombie Lin using her arm as a Melee weapon 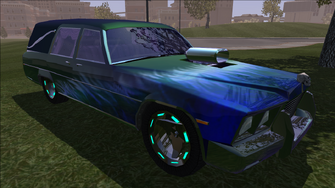 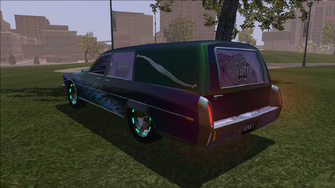 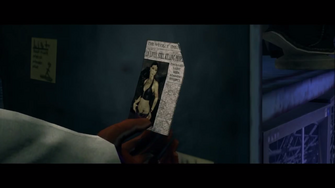 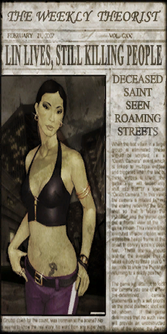 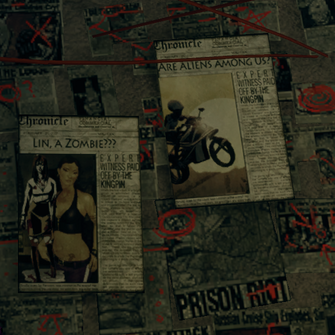 Zombie Lin Newspaper article in Kinzie's Warehouse, at all times 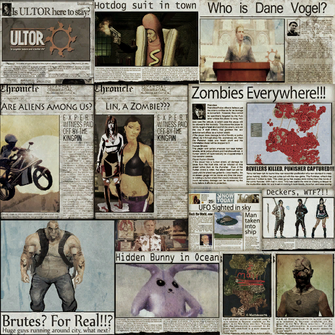 This article contains no references. See Help:Cite.
Retrieved from "https://saintsrow.fandom.com/wiki/Zombie_Lin?oldid=422021"
Community content is available under CC-BY-SA unless otherwise noted.