Zombie Gat is a character in Saints Row: The Third and Saints Row IV.

Johnny Gat is Unlocked as a Zombie by completing the game.[1] Unlike other Zombie Homies,[2] Gat is not unlocked after calling Eye for an Eye. Like the previous Zombie Homies, he arrives in a Reaper when called up.

All enemies/pedestrians die instantly from a Zombie Gat punch. Zombie Gat does not discriminate between fighting Zombies or Humans.

Zombie Gat is featured in a cutscene in Saints Row IV, where he attempts to attack Shaundi while she is grieving over Gat in her Simulation.[3] 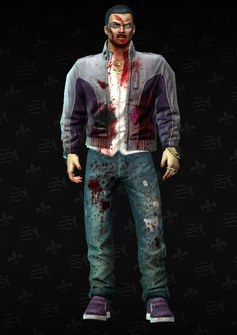 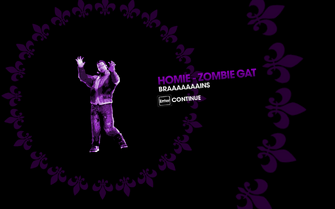 The unlock screen for "Zombie Gat" 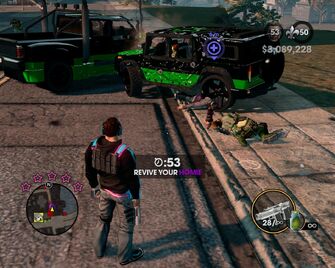 Zombie Gat needs to be revived 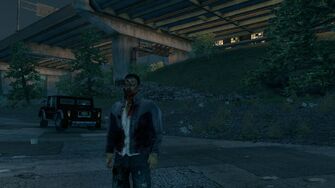 Zombie Gat as a Homie 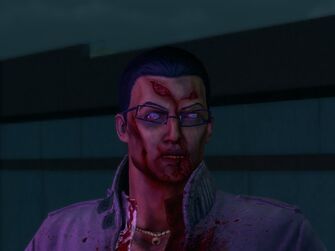 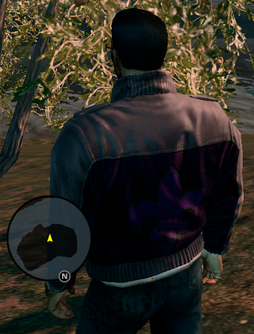 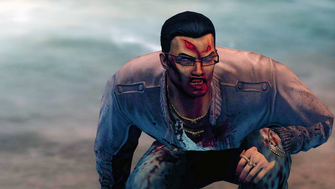 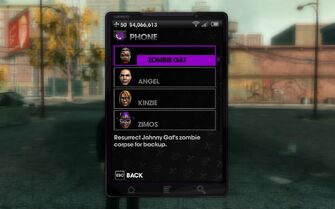 Zombie Gat in the cellphone 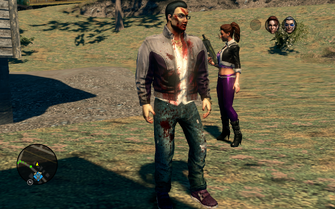 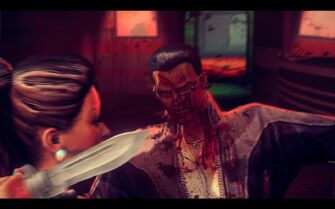 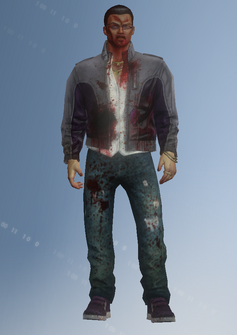 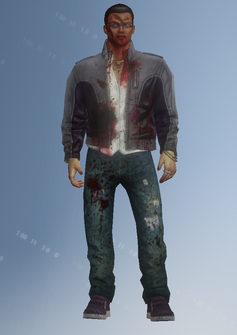 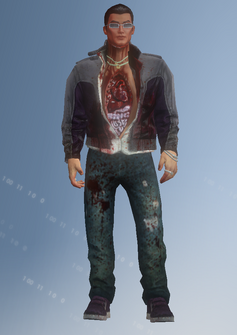 This article contains no references. See Help:Cite.
Retrieved from "https://saintsrow.fandom.com/wiki/Zombie_Gat?oldid=422705"
Community content is available under CC-BY-SA unless otherwise noted.