Zombie Carlos is a character in Saints Row 2.

After the death of Carlos,[1] calling "Eye for an Eye Voodoo Supplies" unlocks Zombie Carlos, and adds him to the available Homies in Cellphone.

When called as a homie, Carlos arrives in a Reaper, but unlike Zombie Lin his car is not modified.

Zombie Carlos acts much like any other homie, and picks up any weapon laying on the ground. He does not have any special abilities as a zombie, whereas Zombie Lin is able to detach her arm and use it as a melee weapon, and eat dead people as an idle animation.

Zombie Carlos does not makes comments about eating brains. This unlockable homie is rather dark humor as he moans and groans, making the outside joke a little less comical. 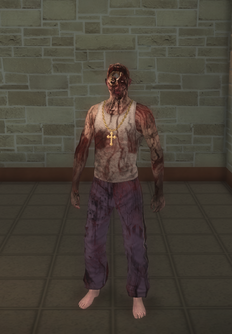 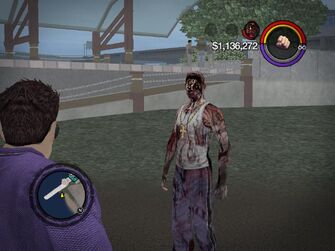 Zombie Carlos when called as a homie 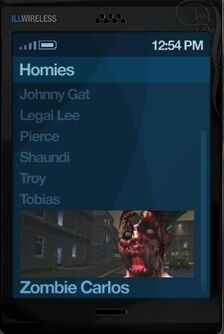 Zombie Carlos in the homies menu 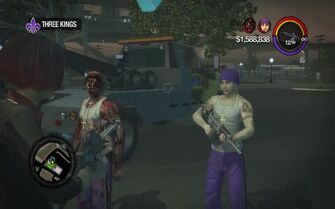 Comparison of Zombie Carlos and Carlos 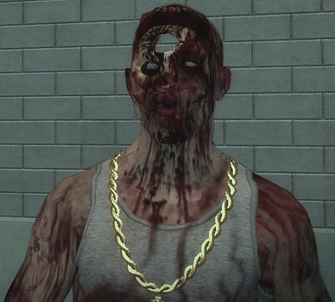 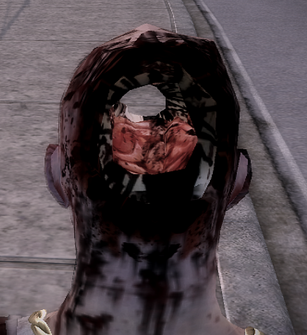 Closeup of the hole in Zombie Carlos' head 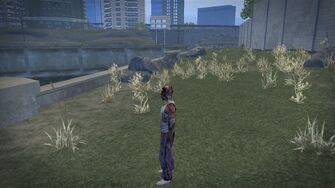 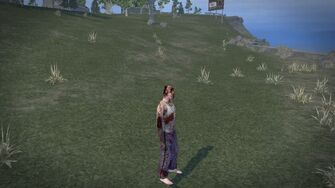 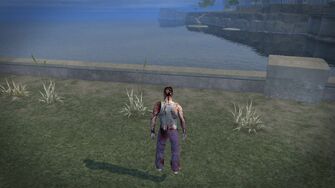 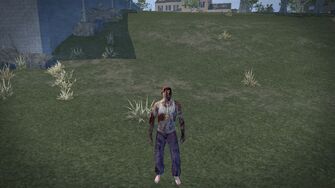 This article contains no references. See Help:Cite.
Retrieved from "https://saintsrow.fandom.com/wiki/Zombie_Carlos?oldid=422020"
Community content is available under CC-BY-SA unless otherwise noted.