He's kind of like the lovable granddad of the Saints.

He has had a tracheostomy, though that hasn't stopped him from smoking through the subsequent hole in his throat. He speaks using an electronic voice box, which has Auto-tune installed.[4] His clothing, particularly his purple hat and purple undershirt, indicate he is a member of the 3rd Street Saints.

Steve Jaros, lead writer of Saints Row: The Third, explained "he's too old to care, he has a lot of swagger. Pretty much he's seen it all, he's done it all, and he's too cool to be scared or offended."[4]

Zimos is Steelport's oldest pimp.[4][5] At first, The Syndicate and Zimos were on good terms, and he was friends with Phillipe Loren's protégées, Viola and Kiki DeWynter. The relationship goes south for as-yet-unknown reasons, and Zimos finds himself locked away in the basement of one of the Syndicate's human trafficking hubs.[4]

After being rescued by Playa due to a mentioning of his usefulness by Kinzie,[6] Zimos becomes a highly important ally. His connections with the criminal underworld of Steelport are useful in Playa's early days in Steelport[7] as they provide invaluable information on Syndicate operations, thus greatly speeding its demise. In addition, considering how much profit prostitution rakes in Steelport, he serves as both an invaluable business partner and a key character in story progression, greatly increasing the Saints prominence in Steelport through providing otherwise unavailable City Takeover missions in New Colvin District.[7] These missions focus on taking out what's left of the Morningstar's business in the city as well as re-building his own, primarily through out-advertising their hos by means of selling catalogues featuring his own hos, sending Playa off to drive around customers who are being pleasured by an accompanying ho, and having the Playa forcibly take back hos once employed under him that were seized by the Morningstar. Story related missions that involve him involve the hostile takeover of the Safeword brothel itself[8] (followed by the immediate employment of all the hos inside[reference?]), the seizure of all the hos sent to replace the ones once employed in Safeword by way of helicopter,[9] and the rescue of Angel De LaMuerte from the Luchadores.[6] He becomes available as a Homie[10] as well in the game and carries a shotgun in place of his microphone voice box.

They got air support.

— when enemy aircraft is inbound in Saints Row: The Third.

I'd best stay on your good side!

— When Playa kills an enemy in Saints Row: The Third.

This is a rescue, right? This ain't some elaborate set up for a gang bang?

— Zimos during Return to Steelport[15]

Zimos: "The Syndicate fuck you over too?"
Angel: "Yes, Killbane. You?"
Zimos: "Viola and Kiki."
Angel: "Don't worry, we'll have our revenge."

Burt: "Zimos! Where the hell have you been, buddy?"
Zimos: "Your girl, Viola, turned me into a human pony and rented me out for eighty bucks an hour."
Burt: "Well... this just... got a little awkward."
Zimos: "A little bit."

Josh: "Hey Z, listen. I'd really appreciate it if you don't say anything about the Nyte Blayde wrap party."
Zimos: "Your secret is safe with me, baby."

Zimos: "Hey big man, I have a question."
Oleg: "What?"
Zimos: "I know a lot of lonely ladies who would love a chance to spend the night with a man of your talent."
Oleg: "I'm not one of your whores, old man."
Zimos: "No, you're a civil servant giving poor widows a chance to feel what it's like to be with a real man for the first time in their cold lives."
Oleg: "Hmmm, I will consider."

Zimos: "So, how you been girl?"
Shaundi: "Z, don't talk to me."
Zimos: "Is this about the..."
Shaundi: "This is about Spring break when I was in college."
Zimos: "Oh shit, I didn't recognize you without the dreads, irie."

Zimos: "So, which one are you again?"
Viola: "You are such an asshole."
Zimos: "I'm sorry, who was whoring out who for years?"
Viola: "You deserved it."
Zimos: "Look, there were two of you - how was I supposed to tell you apart?"

Kinzie: "So how's your cane work?"
Zimos: "What do you mean?"
Kinzie: "Well, you don't really always hold it up the same distance away from your trach hole, and sometimes you don't even hold it up at all."
Zimos: "I don't know, it just does."
Kinzie: "Lame." 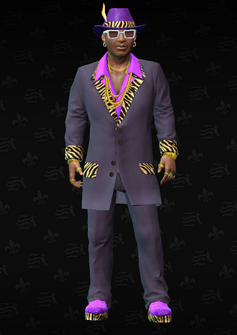 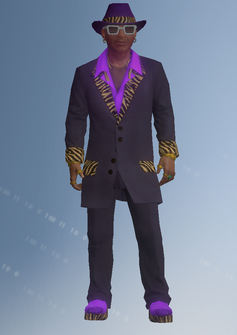 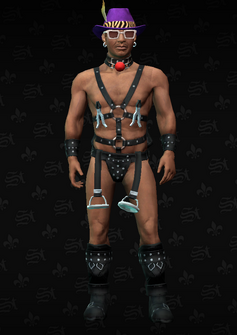 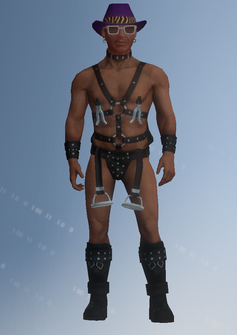 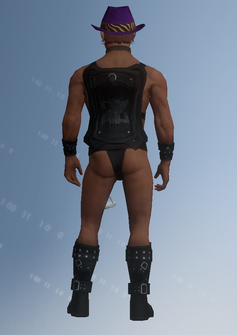 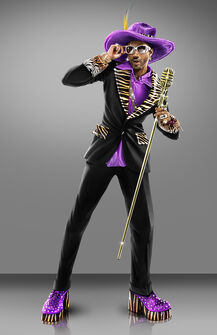 Full-body promotional artwork of Zimos in Saints Row: The Third 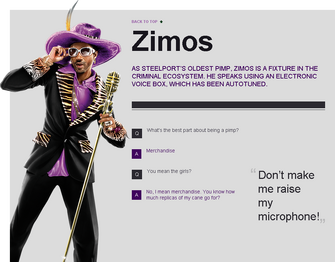 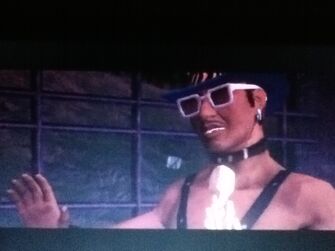 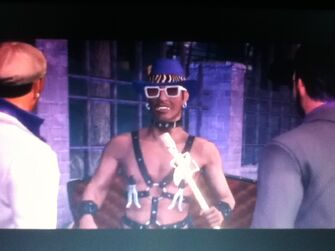 A half-naked Zimos introduces himself to the Saints 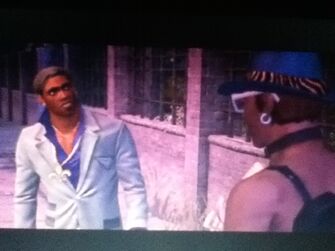 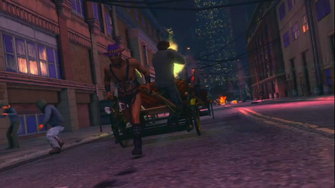 Zimos pulling the cart with Protagonist and Pierce on it 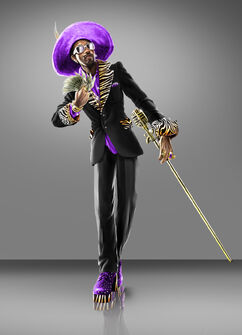 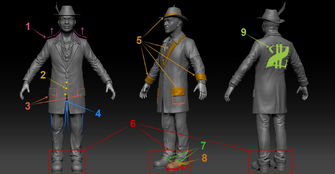 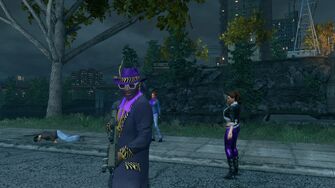 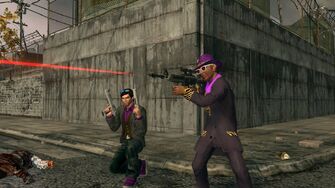 Zimos aiming with an AR-55 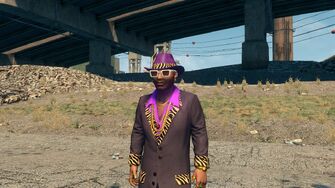 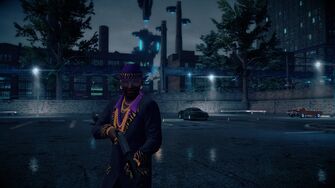 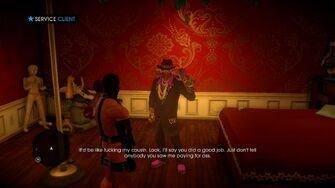 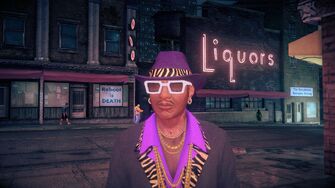 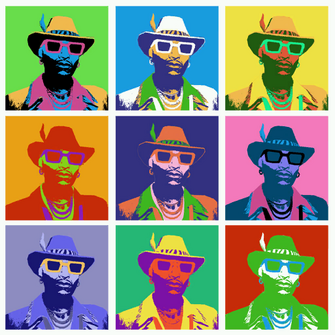 Zimos painting from Zimos' Pad, featured in Painting a Picture 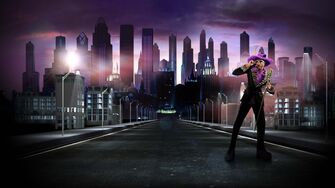 This article contains no references. See Help:Cite.
Retrieved from "https://saintsrow.fandom.com/wiki/Zimos_(character)?oldid=423730"
Community content is available under CC-BY-SA unless otherwise noted.