They are first seen in the Saints Row: The Third DLC Genkibowl VII, where they announce the event in the opening cutscene of "Apocalypse Genki". They commentate throughout all of the Activities in Genkibowl VII. After completing all Activities and finishing the Genkibowl VII event, Zach and Bobby say their farewells to the audience before Tammy Tolliver interviews Playa during the closing ceremony.

Zach and Bobby provide commentary for Professor Genki's new game show, Prof. Genki's Mind Over Murder, and describe both Genki teaming up with alien overlord Zinyak and their torment over Earth's demise.[2]

The also provide commentary for the special Genkibowl VII simulation which Matt Miller created at the request of Playa for Johnny Gat.[4]

In How the Saints Save Christmas, Zach and Bobby present Genki Holiday Special under the names of Wack and Nobby with high pitched voices. 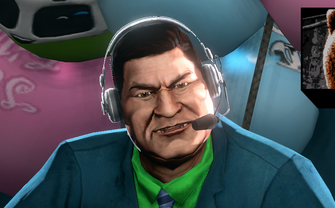 Zach during Genkibowl VII in Saints Row: The Third 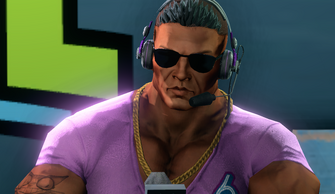 Bobby during Genkibowl VII in Saints Row: The Third 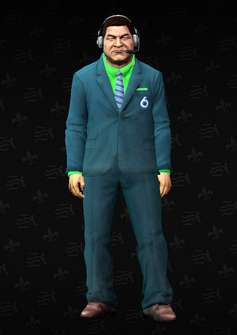 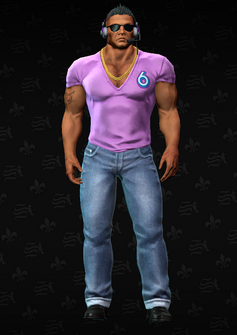 This article contains no references. See Help:Cite.
Retrieved from "https://saintsrow.fandom.com/wiki/Zach_and_Bobby?oldid=422708"
Community content is available under CC-BY-SA unless otherwise noted.