The ZPD are a type of law enforcement in Saints Row IV.

The ZPD uniform is comprised of dark grey pants, shirt, white cap and black boots. Early in the game ZPD officers wearing the brown fifties style uniform from "A Pleasant Day" patrol the streets of Virtual Steelport.[2] All ZPD officers in grey uniform are men with dark skin while those in brown uniforms have light skin. There are no female officers.

The ZPD make their first appearance during "The Fundamentals". 6 officers are deployed to kill The Protagonist. After the mission is completed, ZPD officers always appear at level 2 Notoriety. After "Power Up CID" is completed, ZPD are no longer dispatched, but still patrol the streets and car accidents scenes.

Unlike Steelport Police, the ZPD uses four types of weapons: the Quickshot Pistol, the Heavy SMG, the Pump-Action Shotgun, and the Burst Rifle.

The primary vehicle is the Peacemaker sports car and the Kenshin sports bike. They also utilize Oppressors, Challengers and Bears and use them during Mayhem Activities. 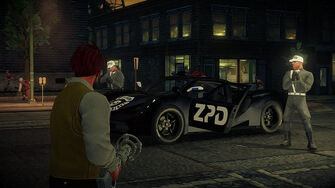 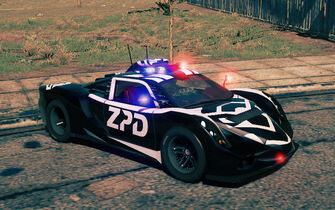 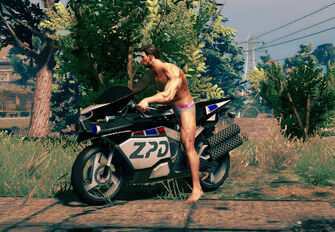 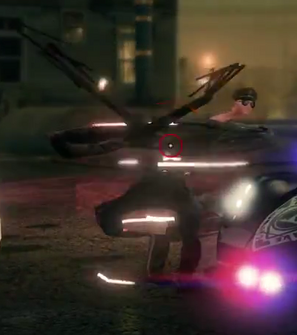 This article contains no references. See Help:Cite.
Retrieved from "https://saintsrow.fandom.com/wiki/ZPD?oldid=416819"
Community content is available under CC-BY-SA unless otherwise noted.