Xmas BB Gun is a weapon in the How the Saints Save Christmas DLC for Saints Row IV.

Fires a ricocheting pellet that's deadlier than it looks.

The Crimson Cowboy is the only costume for the Xmas BB Gun. It can be upgraded 5 levels each in Damage, Projectile Speed, and Rate of Fire. The ultimate upgrade is Healthy, Wealthy, and Wise.[2]

It is unlocked after completing the first mission, Miracle on 3rd Street, in How the Saints Save Christmas.

The Crimson Cowboy BB gun is a single shot weapon that does a moderate amount of damage to targets in comparison to other rifle class weapons, ricocheting around and damaging or killing multiple amounts of targets. The Crimson Cowboy favors attacking multiple targets as opposed to attacking single targets, else the projectile cannot do it's full damage potential. 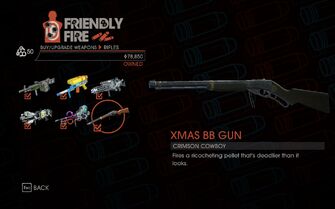 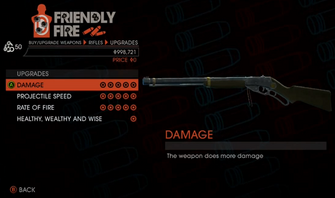 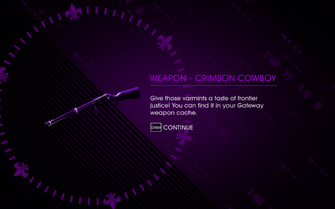 This article contains no references. See Help:Cite.
Retrieved from "https://saintsrow.fandom.com/wiki/Xmas_BB_Gun?oldid=425890"
Community content is available under CC-BY-SA unless otherwise noted.