Don't worry, it's not just whores you'll be fighting against.

Whored Mode is the spiritual successor to Zombie Uprising[3], but rather than being accessed through the Television in-game, it is only accessible from the main menu.

It can be played in single player or multiplayer, at three locations (Angel's Casino, Zombie Island, and Daedalus).

Similar to Zombie Uprising and Survival, Whored Mode tasks the player with fighting enemies in a succession of waves. There are 30 waves per location (90 in total), but waves do not have to be played from beginning to end in one play session.
Each wave takes place on a map at the selected location.

Players are tasked with bizarre objectives, such as killing armed prostitutes with "a deadly, wobbling purple dong", fighting "barely-dressed angels in a sniper-on-sniper battle", and being pitted against "tiny zombies and massive hot dog men". Other enemies include bondage enthusiasts, zombies with chainsaws, Saints Flow mascots, floating machine gun-holding question marks, and naked Brutes, all equipped with a rotating selection of guns.[1][2]

Players are given different weapons and vehicles in each specific wave. Failing a wave will simply force the player to restart from the beginning of the wave they failed at. When playing in co-op, a downed player has thirty seconds to be revived by the other player before they die. After completing a wave, players are shown their statistics and given a few seconds to rest before the next wave begins.[2]

There are no Unlockables or Achievements for completing Whored Mode.

Like Zombie Uprising, players cannot customize their character in Whored Mode, but the player can choose from a handful of characters.[4]

In addition to default weapons, there are various Weapon pick-ups available in most levels. 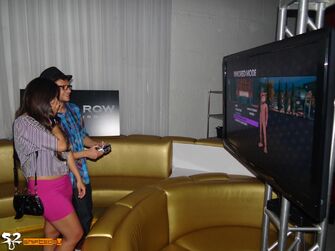 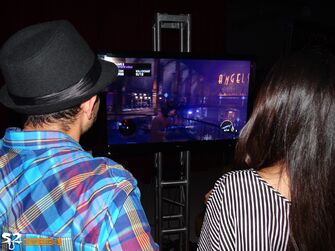 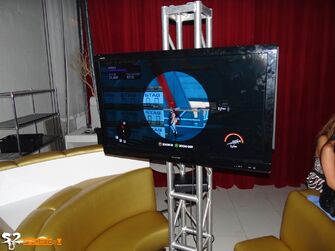 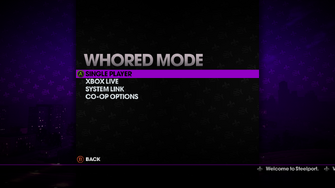 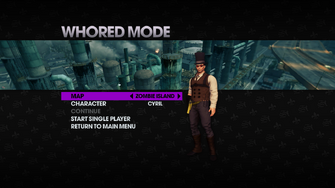 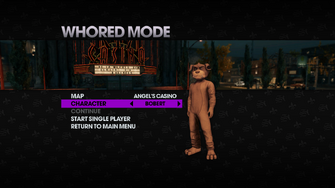 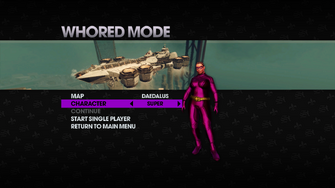 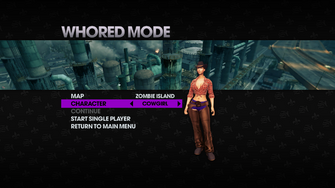 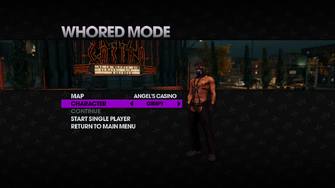 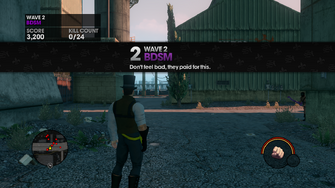 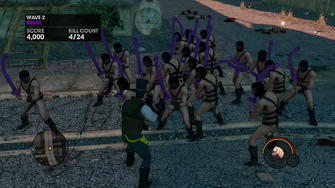 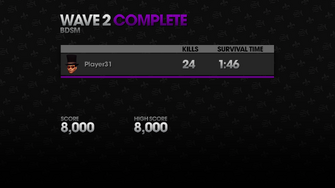 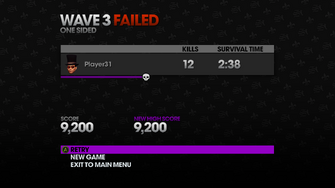 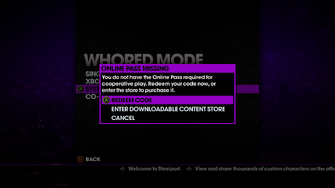 This article contains no references. See Help:Cite.
Retrieved from "https://saintsrow.fandom.com/wiki/Whored_Mode?oldid=424165"
Community content is available under CC-BY-SA unless otherwise noted.