Wesley Cutter Intl is a Neighborhood in the New Colvin District of Steelport.

Wesley Cutter International Airport is the main airport serving the Steelport region. There are 3 flyable planes at the airport: Snipes 57s, Woodpeckers and AB Destroyers. The airport is also home to two flyable helicopters, the Thompson and the Stork, both located on heli-platforms on the west side of the airport. The larger planes are not able to be piloted.

Behind the airport terminal just off the tarmac amidst 3 or 4 non usable planes, there is a Morningstar Gang Operation which can easily be wiped out with a Reaper Drone.

One of the airport hangars is available for purchase as a Crib for $15,000. This hangar comes with a standard AB Destroyer, Snipes 57 and a Woodpecker on purchase. The Wesley Cutter International Terminal itself is the most expensive purchasable property, costing $50,000 and increasing City Income by $5,000. 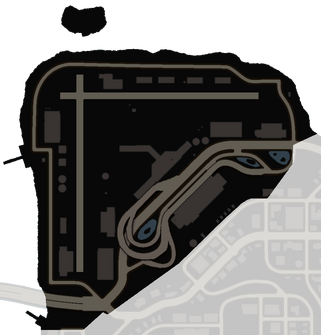 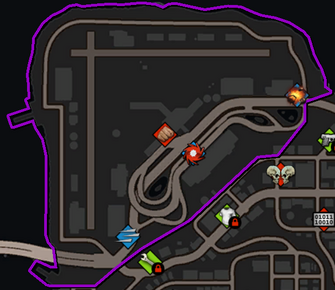 This article contains no references. See Help:Cite.
Retrieved from "https://saintsrow.fandom.com/wiki/Wesley_Cutter_Intl?oldid=410001"
Community content is available under CC-BY-SA unless otherwise noted.