Weird Science is the first mission in The Trouble With Clones DLC for Saints Row: The Third.

In this mission, The Protagonist and Pierce learn that a boy named Jimmy Torbitson has cloned Johnny Gat, but it went horribly awry, so the duo set out to find him. They start by searching the nearby Friendly Fire, but he isn't there. Then they go to Technically Legal, but again Johnny has already left. The Protagonist interrogates the owner and escapes in Jimmy's car.

You don't know me, but I'm your biggest fan! And I... well, I need your help. Do you know Smiling Jack's Diner? Meet me there and I'll explain everything.

The Saints realized they had no idea where to continue the search. But then...

Indeed their friend had not been to the purveyor of weapons close by, but perhaps the next merchant would prove more... enlightening.

Having arrived just in time to save the Saints from certain death, the three set out on a chase through the metrolpolis of Steelport in search of their cloned friend. Amazed by the device built for such a purpose, they asked for an explanation on how it worked.

Interrogation: "I already called the police. Look at what you Saints did to my club!"
Pierce: "Hold up man, we didn't have nothing to do with it."
Interrogation: "Like hell you didn't. I heard that... that THING! He said he was Johnny Gat. I read the papers, he's a Saint."

Damn, would you look at this mess?

He's faster than I had anticipated.

Dammit, this would be a lot easier without the Steelport PD on our asses.

— Pierce, "Get Police Off Back"

I can track Gat on my device here. Just keep us safe, alright.

— Jimmy, "Getting In Vehicle"

Listening to the sage-like advice of their intelligent and trusted friend, they raced over to the local strip joint ready to deal with a full police investigation. But when they arrived...

Better leave one alive if we're gonna find out what's up.

And so our adventure begins...

Seeing our heroes approaching, footsoldiers of the notorious Morningstar gang rained down a hail of bullets. Realizing the presense of these henchmen must hold a clue to the whereabouts of their friend, keeping one alive was their only avenue for answers.

Despite all the obstacles the police put in our way, we continued our pursuit. Gaining on our target, it was Gat himself who found a way to keep us from reaching him.

Would'a thought maybe Gat would be at Planet Saints. Guess not.

Jimmy: "At that moment, little did they know the building was being surrounded."
Interrogation: "Come out of there, Saints! We have the building surrounded!"
Jimmy: "But our heroes didn't have time to panic."
Pierce: "Man, we're in deep shit here."

Jimmy: "And so it was the Saints began their stand at Technically Legal. Determined to stay alive long enough to be saved from the police by their daring ally, they opened fire on the hordes of enemies bearing down on them. The danger was extreme, but they found the courage to endure. Never once did they lose faith in their friend."
Pierce: "That kid ain't coming."

Come on, hurry! We need to get out of here!

Pierce: "You couldn't have jacked something better than this?"
Jimmy: "This is my mom's car, I'll have you know. It's very reliable."
Pierce: "That explains so much..."

With the relentless onslaught of law enforcement, all hope was beginning to fade. But then, at the darkest hour, a light shone through the gun smoke and hope was restored. The hero of the day arrived, unafraid and ready for action.

Hurry up and get out here, these guys are everywhere!

Oh shit, they called in the SWAT teams.

Oh no! They've blocked the road ahead! Quick, clear it out before Johnny gets out of range.

Jimmy: "There's another roadblock ahead! We have to get through it!"
Pierce: "These guys seem to be more worried about us than a giant Gat clone."

Doubt he's here. A pissed off clone of Johnny would be causing more problems. Try the next one. 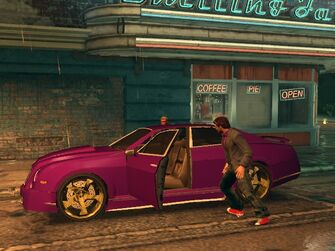 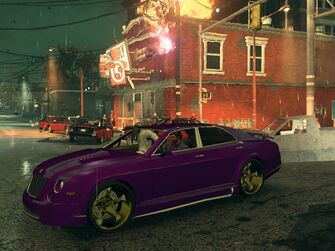 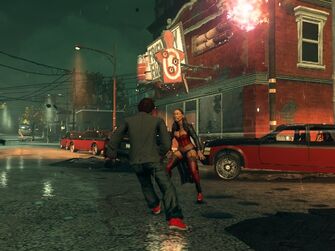 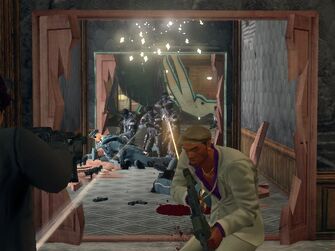 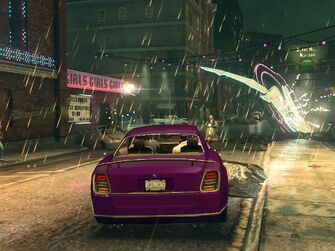 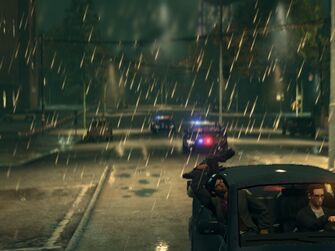 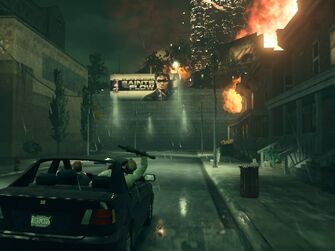 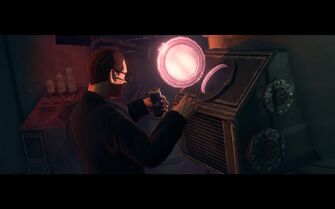 This article contains no references. See Help:Cite.
Retrieved from "https://saintsrow.fandom.com/wiki/Weird_Science?oldid=406118"
Community content is available under CC-BY-SA unless otherwise noted.