Warped Weapon is a weapon in the Gamestop Weapon Contest DLC for Saints Row IV.

The Polarizer is the only costume for the Warped Weapon.

Charge Capacity and Recharge Rate can all be upgraded 5 levels each, there is no "ultimate upgrade".

The Polarizer operates like the Inflato-Ray, as they do not act like the other shotgun weapons. It fires a beam that functions similarly to the Telekinesis Super Power, but can pick up multiple targets verses the one target that Telekinesis can, and can fire groups in multiple directions verses the direction The Protagonist is aiming with Telekinesis. It uses Charge Capacity and does not run out of ammo, and fires continuously until the trigger is let off or the Charge Capacity runs dry. The Polarizer works at longer ranges like the Thumpgun and Inflato-Ray, although it can be considered more effective at closer ranges than the Inflato-Ray, as The Polarizer only needs to touch a target before the trigger can be released and sends the enemy flying, while the Inflato-Ray needs to be targeted for a while before damage is done.

The Polarizer suffers from long recharge times and is useless until the gun recharges enough, and requires DLC purchase. 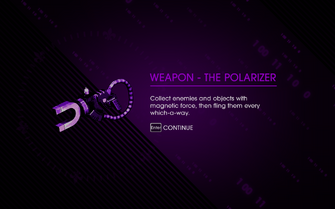 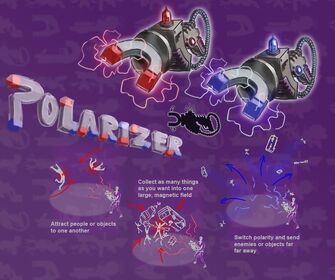 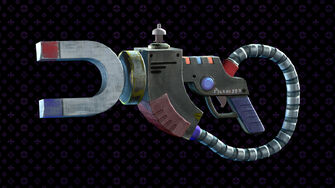 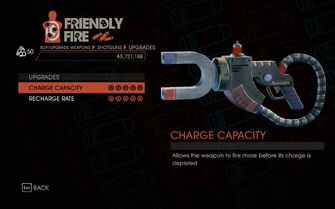 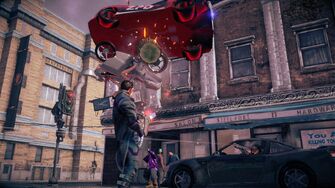 Warped Weapon in use 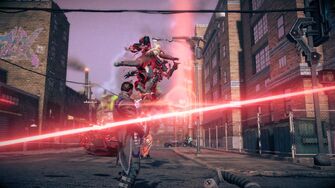 Warped Weapon in use

This article contains no references. See Help:Cite.
Retrieved from "https://saintsrow.fandom.com/wiki/Warped_Weapon?oldid=414365"
Community content is available under CC-BY-SA unless otherwise noted.