The airport is located in the Wardill Airport Neighborhood in the Airport District.

It is close to the Hapton Hotel.

The interior of the airport is not accessible during regular gameplay, and is only used in the Co-op mission, "Turbulence", and in the Holding Pattern map for Protect Tha Pimp.

Ther interior of the airport is accessible at all times. The basic layout is mostly the same, although some sections have been improved and expanded, and contains 2 Stores.

The building is featured in the "Orange Threat Level" mission.

There are 2 levels, with 3 entrances, the front door, an open jet bridge and a roof-top door with helicopter access, where a Thompson usually spawns.

There is a Charred Hard Burgers and a Branded inside the main building, as well as two unmarked Zombie Uprising locations at a pretzel machine: One between gates C4 and C6, and the other outside a store named "Jive Turkeys" at the southmost point of the building.

A CD can be found at the end of the open jet bridge. 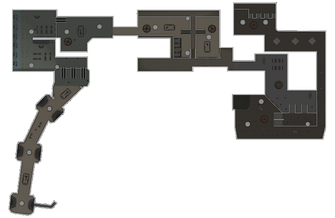 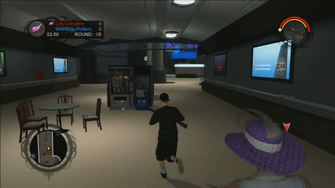 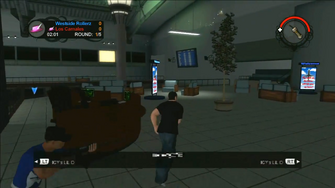 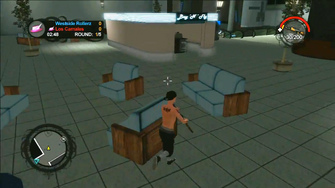 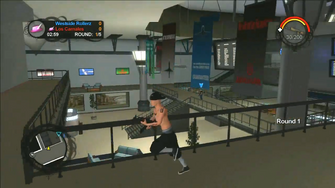 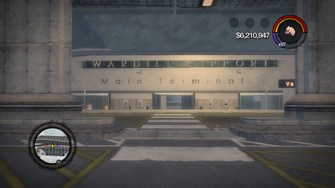 The front entrance, as seen from outside in Saints Row 2 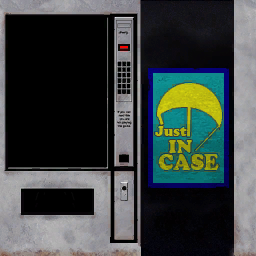 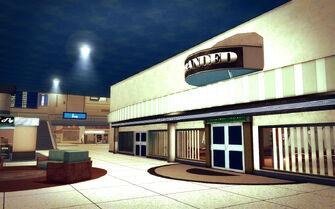 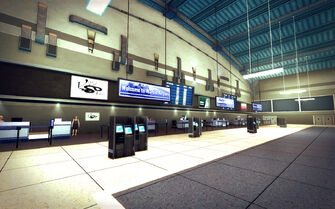 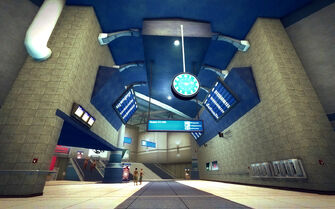 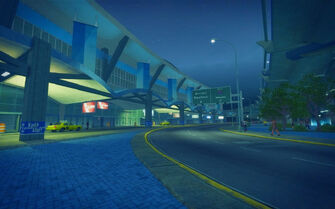 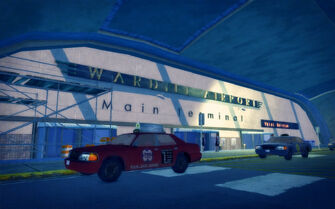 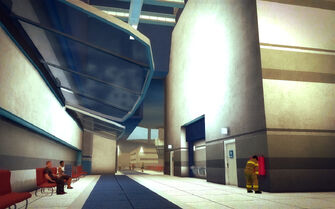 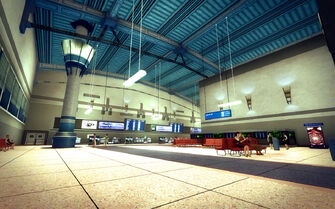 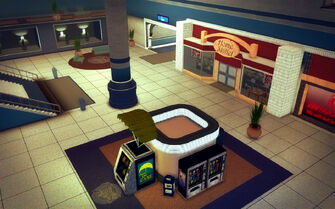 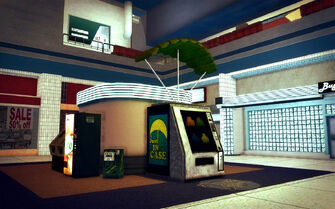 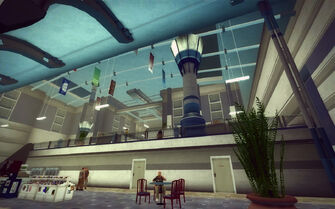 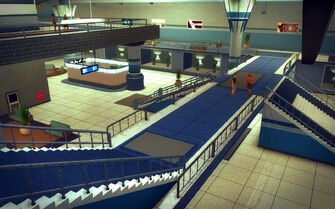 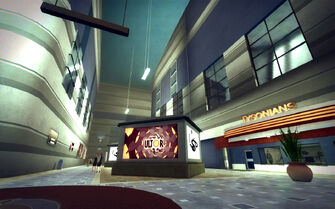 This article contains no references. See Help:Cite.
Retrieved from "https://saintsrow.fandom.com/wiki/Wardill_Airport_(building)?oldid=415611"
Community content is available under CC-BY-SA unless otherwise noted.