Vacation's Over is a cutscene in Saints Row 2.

Following on directly after The Anna Show cutscene, this new game cutscene begins with two guards discuss the waking of a certain character and the events that have transpired in the five years[1] since the climactic events of "Saints and Martyrs" at the end of Saints Row. They wonder why Troy never "pulled the plug" on the character who apparently murdered Alderman Richard Hughes, Mayor Marshall Winslow, Aisha, and Chief Monroe.

After reaching the infirmary, the character is revealed to be Playa. The nurse removes the bandages on Playa's face, leading into Player Customization, before commencing the first mission, Jailbreak.

Barney: "You'll never guess who's awake."
Fred: "You're shitting me."
Barney: "Come see for yourself."
Fred: "How long has it been?"
Barney: "Years... I stopped keeping track a while ago."
Fred: "I can't believe it's been that long..."
Barney: "Time flies when you're watching someone breathe through a tube."
Fred: "How's the family?"
Barney: "My wife's cheating on me with an Ultor exec, and, uh, my daughter sits in her room listening to Aisha albums all day."
Fred: "For a dead woman she sure releases a lot of records..."
Barney: "No shit."
Fred: "God, that was a hell of a year... Alderman Richard Hughes, Mayor Winslow, Aisha, Chief Monroe..."
Barney: "All murdered by that asshole who's been sitting in intensive care on tax payers' money."
Fred: "Troy said he wouldn't pull the plug."
Barney: "Lord knows why."
Fred: "Anyone call the Chief?"
Barney: "Couldn't get through... the press has been mobbing him with phone calls..."
Fred: "Oh, about the-"
Barney: "Yep."
Fred: "I forgot that was today."
Barney: "You should pay more attention."
Fred: "Fuck off..."
Fred: "How's the patient?"
Doctor: "Seeing as they're still breathing after being caught in a massive explosion... I'd say pretty good."
Nurse: "Coming through!"
Doctor: "What happened?"
Nurse: "Shanking..."
Doctor: "Put him over there! Sorry about that."
Barney: "Have they said anything yet?"
Doctor: "Not yet. But I'm about to take the bandages off..." 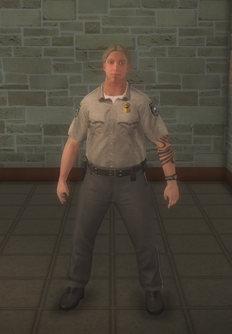 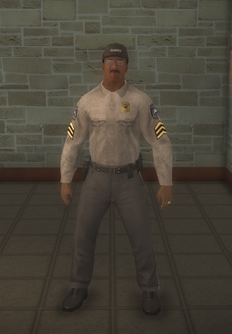 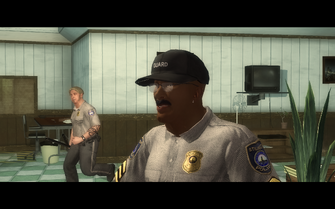 The guards on their way to the hospital ward 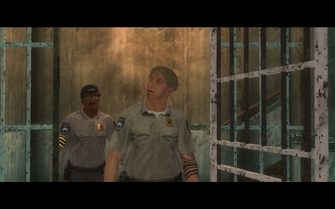 While walking to the ward 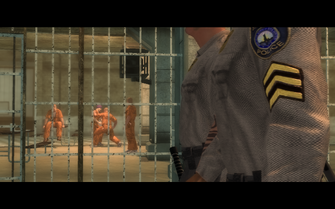 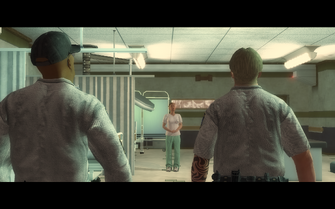 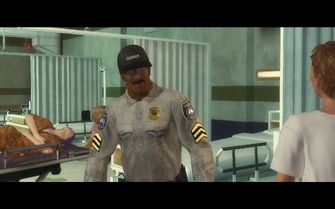 This article contains no references. See Help:Cite.
Retrieved from "https://saintsrow.fandom.com/wiki/Vacation%27s_Over?oldid=422715"
Community content is available under CC-BY-SA unless otherwise noted.