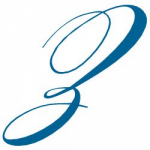 So, Ultor Family Fun Day, thanks.

Oh, you have both DLC? Can you go to the Television and verify the cutscene names for us?

In future, could you please upload higher resolution images as new versions of the same image, instead of as duplicates?

Additionally, when removing images from articles, please mark them for deletion if you have no other plans for them. (Those images don't need to be marked for deletion this time, as I'm merging them.) 452, 2013-06-16T00:20:59Z

Sure can. I didn't realize when I uploaded that someone else had since several other pages were missing the images from the SR site. Looks like who ever uploaded some of the images only did it for the popular characters rather than everyone.
Zadidoll, 2013-06-16T00:23:12Z

In this edit, you removed the width from the gallery. All galleries should be the full page width.

I left a message on your Radio Stations blog post 2 weeks ago, but maybe you aren't signed up for notifications.

The video of the tracklists has never worked, someone else has edited the SRIV tracklists to add additional songs.

You're welcome. The links were removed by Youtube due to a copyright infrigement by Deep Silver. Had to dispute the infringement it. I did win my dispute since I did make it clear the video was taken at E3 where of course permission was given to record and photograph pretty much everything that was on the show floor. I did put the videos on private after the dispute but now that the game is out no need to for me to send you a copy. LOL
Zadidoll, 2013-08-21T00:33:53Z (last edited: Zadidoll, 2013-08-21T00:34:04Z)

Well, thanks for getting them listing them here in advance anyway :)

Thanks again for the obituary imagesEdit

I just wanted to give you a special thanks for uploading those obituary images, because they've updated the site and your screenshots are the only proof they ever put those dates on the page. 452, 2013-08-13T12:20:25Z

You're welcome. Glad I did take those screenshots but understand why they removed the dates since the dates were so messed up! LOL
Zadidoll, 2013-08-21T00:31:20Z

So, what's up with these?

Oh so those images DID upload. I kept getting an error last night of the server timing out and never saw that it properly uploaded. I was thinking it was the file name was too long. Delete all but one since it was going in the Monica Hughes page.
Zadidoll, 2013-08-28T14:14:32Z

Retrieved from "https://saintsrow.fandom.com/wiki/User_talk:Zadidoll?oldid=424357"
Community content is available under CC-BY-SA unless otherwise noted.