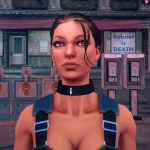 Weapons in Saints Row: The ThirdEdit

Weapons in Saints Row: The Third is not for random images for all weapons.

Hey mate, had some problems with my computer, and busy at collage. Will be visiting every once and a while but I'm having problems trying to add more stuff. Thanks for the welcome back. :)
Sentinel Jake, 2013-03-11T19:42:32Z

I have around 3500 more in my "sort through these and upload" folder.
I take a lot of screenshots, a lot of those are probably duplicates to delete. At the moment I've been trying to sort through all the high quality promo pics, working out which are already uploaded and which need replacing, but it's slow going.
452, 2013-03-11T19:57:58Z

Good to know you can freeze your co-op partner - do you know if the dubstep gun works on them?

BTW, you can have as many userpage pics as you like, but can you add Category:Non-article files to any pics which are not also for use in articles?

Add Category:Nonarticle files? Sorry but can I ask how you do that? I mean do you need me to put those images in the Non-article files manually after upload or is there a feature to do that? Really sorry but the instructions have got be a little confused.
Oh by the way, reguarding the Dubstep Gun, it does damage co-op partners if you hit them.
Thanks for the complement on the photos by the way:)
Sentinel Jake, 2013-09-14T13:18:03Z

Problem is that I can't remember off by heart what the exact quotes are, and I don't like to put them in unless their word for word correct. I'll put them in as best I can from now on out, but I just don't like putting in stuff that I could muck up. I'll at some point go back through some of the quests and listen to the quotes so I could add them.

This this edit, you removed two references, and added a whole bunch of text without references. Please do not remove references again.

Alright sorry for the muck up and pointing out my mistakes. (we're only human)

However, I never heard at any point duirng We're Going to Need Guns that Pierce was promoted to second in command. I can't find anything about him being explicitly promoted and I even checked the subtitles page to see if The Boss said he was promoted. Forgive me if I'm missing something but I just wanted to know.
Sentinel Jake, 2013-09-23T12:44:28Z

Not being sure about him being second in command is not a reason to remove the reference.
Pierce flies a helicopter to pick up weapons and a bomb and drops them off at Shaundi's Ex's Apartment during We're Going to Need Guns.
452, 2013-09-23T12:58:51Z

I've heard they're supposed to speak random stuff as well but I never happened to me once so it may be cut dialogue or there's a bug in the game. I've seen the subtitles as well and i'm not sure what's wrong.

Guess it's another glitch that Deep Silver needs to clean up along with the audio logs. I'll spend some time with the Saints on the Ship if they say anything but I've had no such luck.
Sentinel Jake, 2013-10-16T19:20:14Z

I was wondering if it would be possible for you to add a little more information when you're adding things to articles.

Judging by the cut sceens with The Protagonist, their main weapons of choice appears to be the Heavy Pistol and the Alien Rifle.

Would be better as

Hey, you're the one that runs this wiki like clockwork, I'm just simply helping. I was thinking that I missed something when I was doing sme of these updates, unfortuantly, Firefox was crashing so much on me and I was having serious troubles.

Wish Firefox didn't stop crashing but now that I've got Google Chrome, I should be able to make updates without issues now. Speaking of which, has anyone complained about Firefox crashing due to a script error? I've only had it with this wiki and not the others I use.
Sentinel Jake, 2013-11-02T13:29:53Z

No, no-one else has mentioned it, thanks for letting me know.
I'll check it out - which version of Firefox are you using and do you recall what the error was - or even better, can you start up Firefox again and tell me what it was? (You should be able to press ctrl-c to copy the error when it pops up)

edit: I normally use Chrome, but I test with Firefox 24.0 (Although it's downloading an update right now)

I don't know if it's the case, but it also said that I've installed my current version on the 30th of October, and I'm not sure if I touched this wiki on Firefox after the update.

So it's possible that the problems I've been having might have been before the update but I could be wrong and might on the current version. If the problem occurs again, I'll let you know what the error message is.

Heavy Pistol shows how it should be done.

Oh yeah I see, The Heavy Psitol image says how the saints use the handgun. Thanks for letting me know.

Easy to get caught out though.

Sentinel Jake wrote
The Heavy Psitol image says how the saints use the handgun.

"The handgun of choice for any Saint."
— Weapon Description [6]

I was just wanting to confirm something with you.

1) You want the weapon images for their individual skins replaced with the high res images?

2) Shouldn't the references be related to the friendly fire images as they have the description? The Heavy Pistol's link is to the high res image and that does not have the description in the image, and I've followed that format for all the images I've put into the individual weapon pages.

Oh sorry, just a rim jobs custom, no such thing. I'll fix it.

When you edited earlier, these were the three most recent edits

452, can I request you to remove my Admin status please, i don't feel that I can keep up the pace of a true Admin, I'm already finding it stressful as it is and i've only recently been getting past my depression issues.
Sentinel Jake, 2014-01-26T16:00:01Z

Hi Sentinel Jake, you added a photo, File:Shaundi in Saints Row The Third showing lower back tattoo removed.jpg, to the Shaundi article as a reference for the info "(the outline is still there)"

The Screenshot function for the Saints Row website produces images is of JPEG quality (not best quality) and I cannot seem to get any closer as I end up looking through Shaundi due to her getting too close or she just moves away.

If I aim the Mcmanus 2015 or other similar weapons at Shaundi, she either moves or crouches down and makes it harder to get an image of her back.
I could be wrong but I think the description could have an error in it. II'll might remove the image or change the description slightly, but I would like to try again to get better images on both SR:TT and SRIV.
Sentinel Jake, 2014-05-11T00:40:35Z

Add in images of Vehicles when possible and check for any missing Vehicles. Be sure to get other screenshots taken.

In He Lives, the Alien Pistol carried by the Zin Soldier and used by Keith David can use a different Skin (Gold or Saints Purple), but it can only use it's default costume as it's the only one.

Since you've been using {{#LST: for references a lot recently, I just wanted to give you a personal heads-up that we'll be using {{Section}} for that from now on.

It'll work the same way, but instead of

Are you sure that the "Vehicle No Damage" cheat is included in the Executive Privilege Pack?

http://saintsrow.wikia.com/Executive_Privilege_Pack?diff=prev&oldid=181189
Robohobo2481  added the no car damage part but I failed to check the cheats and test to see if it was true, so sorry, the "Vehicle No Damage" is a Base game cheat and not part of the Executive Privilege Pack. I've gone and fixed it now.
Sentinel Jake, 2014-09-15T21:59:25Z

I think I used the Wraith for those images.

The reason behind adding in that it could be a customised Attrazione in the name is because the Attrazione in SRIV had all the parts and can be repainted to look exactly like a Wrath.

Also noting that Attrazione article stated that "As the Wraith is a variant of the Attrazione in Saints Row IV, any Attrazione can be customised to look like a Wraith." I've also seen that while the Gateways call it a Wraith, the Phone Vehicle Delivery still calls it a Attrazione.
Sentinel Jake, 2014-09-25T15:08:31Z

Thanks, but I already knew why you used that title.

I'm aware that an Attrazione can be made to look identical to a Wraith, or I would be able to work out what is pictured myself. Unfortunately, the Wraith has no truly unique components.

Opps, sorry about that 452, was a stupid error on my part that day.

Retrieved from "https://saintsrow.fandom.com/wiki/User_talk:Sentinel_Jake?oldid=409712"
Community content is available under CC-BY-SA unless otherwise noted.