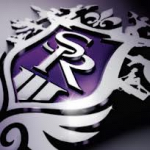 No big deal, it's a pretty common error for new editors. :)

I had replied to this asking about adding some images, but I don't see it now.  Did you get a notification?  If not, I can redo it.  I was basically asking you if I should add some images I took of SR2 and SR:TT.  I only have it on PS3 right now, so I was concerned about the quality of the images since I had taken them from my iphone.  I clicked the "Add photo" button to left of the preview and reply buttons, they are the ones with a female protagonist at the Stilwater Savings and Loan bank. PurpleRollerz, 2013-03-11T00:11:15Z

Yeah, I've been having a lot of trouble leaving messages today too.
I didn't get any notification.
As long as they're pretty good quality photos, that's fine.
Other users may replace the photos later with higher quality ones, but sometimes, anything is better than nothing.
By good quality, I mean: fairly high resolution, accurate colours, framed well without the tv frame visible, no scanlines from the TV distorting the pictures.
I took a look at those images and they're not too bad - the only problem is that they're a bit washed out - try turning your TV brightness down a little. Or turning off your flash if you're using one.
edit: Also, good work on the filenames! A common problem is people not renaming their files from DSCM123.jpg or whatever - filenames can be as long as you like, the more descriptive the better - so that people can search for them. Usually, putting the name of the article in there somewhere works best, such as "Stilwater savings and loan entrance" instead of just "bank entrance", since there are a couple of banks in the series.
452, 2013-03-11T00:20:12Z (last edited: 452, 2013-03-11T00:31:57Z)

Thanks.  I turned the brightness down and I will only be adding images to those needing images from the image requests page.
PurpleRollerz, 2013-03-11T00:28:15Z

I appreciate your participation, but I planned to upload myself screenshots of every places in Saints Row 2 (see my profile), in a much higher resolution than your screenshots, and without any HUD. So don't waste your time, I will upload them this year probably, and they will replace yours... Don't be offended., I'm just saying that so you don't waste your time and can focus on something else than screenshots of places in Saints Row 2.

Hope you'll continue to contribute to the Wiki ! ;)

Erewon, it has been 6 months since have you uploaded any images, and no-one has any way of knowing how long it will be until you upload more.

I'll try and add some more SR2 photos.  My friend was able to return my copy of SR:TT to me so I can upload photos for those articles in Image Requests as well.  Of course with SR:TT, it'll be better since I can take the shots in game and then copy them from the official Saints Row website.

This upcoming week I should have plenty of free time so I might look at that Combat page also.  There is alot on that page that could be made easier to read and some unneccessary stuff, like human shields being under grabs & throws and then also having its own section.
PurpleRollerz, 2013-03-21T05:53:49Z

We definitely need more of those. I need to hurry up and finish cutting up the neighborhood maps and upload some maps with all the blocks numbered, so we can list where all the non-enterable buildings are. 452, 2013-03-11T03:59:59Z

Yeah, all the neighborhood articles need some work in one way or another.
The story behind the haphazard lists of non-enterable buildings is that there used to be 1-line articles for a bunch of them which only listed the district, then they were all merged into a single article (Because who needs an article about a building you can't even enter?), then that article was split up and the info was moved to each district article (Because it makes more sense for hood/district articles to list what is in them, than it does to have an article dedicated to buildings).
Once I've got the maps done (maybe next month! I uploaded a bunch last month) people can go through block-by-block and list which buildings are located there, and then we can remove the building lists from the district articles and just put them in each neighborhood article.
Yeah, there's a lot of stuff to do around here.
(And nice work spotting the extra accessories in FUZZ - I guess the game doesn't strip the character naked before adding the cop outfit)
[user:452|452]], 2013-03-11T04:35:32Z (last edited: 452, 2013-03-11T04:39:18Z)

Since you're playing on PS3, can you check a few things for me?

I think I have the original, it doesn't say greatest hits anywhere on the game cover.  The PS3 on the side panel is red with the 3 being big underneath the PS.

I called Dex's number and it came up with a woman saying the number is unavailable.

I just started a new game today so for Jessica's Phoenix and Gat's car I will just have to remember to write it down somewhere.  I've barely really done anything, the last mission I did was Down Payment.  I will keep you updated when I find out.  I already used cheats too so I'll start a new save for that.
PurpleRollerz, 2013-03-11T05:05:05Z

After putting the cheats in for the Destroy, Peewee, and Gyro Daddy the files were marked as cheats enabled.  I started from a clean save and then saved on another slot.  After activating one of the cheats I reloaded the clean save and tried the others, so it is verifed.

Upon calling Gat as a homie, he arrives in a Stiletto that is mainly gold with the interior and the back of the top being blue.
PurpleRollerz, 2013-03-12T05:51:37Z

I've tried it a couple times but I don't think it's possible to get Jessica's Phoenix.  I followed the steps on the Phoenix page but still couldn't obtain it.  In a replay, I was able to get to the part where the cutscene plays of The Protagonist putting Jessica in the trunk while the explosion can still be seen, the mission failed screen then shows, after exiting the mission it takes you back to whichever crib you used the newspaper clippings at.  I also tried to start a replay within a replay to try and still obtain it, but the game would not load the second replay.
PurpleRollerz, 2013-03-17T01:36:09Z

What do you mean?

(Newspaper Clipboard#Replay in a Replay mentions both those things)

I did basically what you said under A.  I tried starting a replay of Bank Error in Your Favor, while already in a replay of that mission.  I'll try it with one of the replays being a different mission.

First. Starting the first replay actually loads that replay, trying to start a second replay does nothing, but confuses the game somehow. (But if you try to load the same replay, the game usually freezes or crashes completely)

You've indicated in your user infobox that you have SR2 on PS3.

Retrieved from "https://saintsrow.fandom.com/wiki/User_talk:PurpleRollerz?oldid=406723"
Community content is available under CC-BY-SA unless otherwise noted.