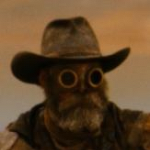 He doesn't list it on his website credits, only SR2 and SRTT (I assume he just hasn't updated his website for SRIV yet)
http://www.kennmichael.com/credit-project-type/video-game/
It's kinda odd it's not listed, because he is definitely in the credits. I guess because it was only 4 lines for The Protagonist, he doesn't really regard it as a starring role. (He's also credited as a radio voice)

I don't know, it felt a little random

Anything belongs if it's true. :)

Pedestrian comments are a little harder to verify, but most articles have some. I have all the pedestrian sound files, but there are thousands of them so it's hard to track them down.
452, 2013-11-13T00:10:07Z

That's cool. I haven't looked at the sound files but, yeah, I can imagine it takes some patience to find anything there

Nice work with those Crib Customization images - keep them coming!

Thanks! Yeah, I actually did that, it saves a lot of time

I'm not sure what you mean by "edit the task force".

I mean the "to do-lists", like the "image requests" or "reference requests"

In the case of the infobox image for The Case of Mr X, since your new image is an upgrade of the old one, the old one should be removed and marked for deletion.

I've deleted File:Case of Mr. X.jpg already, but what you would normally do is mark it with {{delete|Replaced with File:The Case of Mr x complete.png}}, that way it's easy to check for admins to check the new image is basically the same before deleting it.

Right on, I'll do that next time.

And thanks, I have a lot more images to upload, it's just taking some time going through them all

Wasn't sure about adding the unlock screens for the loyalty missions, but I guess they pretty much count as main missions as there aren't too many in the game
Kar33m368, 2013-11-20T23:08:28Z

Yeah, loyalty missions are still a type of mission, they're just optional.

Re: Your question in the chat re: two spaces in a filename.

I know. What I meant to say was that if you upload a file with a non-working file-name (e.g. two spaces),  the "uploader" says that it has changed the name to something that works, and that the file has uploaded with the new name - but the file doesn't get uploaded. It just seemed like an error to me, so I thought I'd bring it up
Kar33m368, 2013-12-22T23:37:43Z

Yes, that is what happens.

I tested with "Screaming_eagle_____in_garage.jpg", and it says

and I am returned to the upload form with nothing actually submitted or corrected, but with the buttons

It does seem odd that it says "Filename has been changed to", when that isn't reflected on the page, and that the buttons aren't exactly clear.

Have I mentioned recently how awesome you are?

Oh nice! Did it cost very much?

I have a very old capture card that only does 640x480. I'd actually just set it back up because I was planning to get a few SR1 images myself, but I'm glad there's finally someone here with a good one!

One thing I've already taken captures of in the past - but never uploaded because they were poor quality - is a series of screenshots to get all of the minimap images for SR1-only buildings.
If you can go around those buildings taking screenshots in each room, I'll edit the images together so we have the SR1 interior maps. (Category:Buildings in Saints Row)

Then again, I still haven't uploaded all of the SR2 interior maps that we already have access to, haha.

Oh, and another thing we need is the vehicle logo images. :)
We have a couple of low-quality ones for the Forklift and Goliath, but new ones would be great.

Oh, one other thing we need are images of the Protagonist's face for each race.

I got an Elgato Game Capture HD (around $150+), so it's not cheap, but it works great, and even the less expensive cards out there are pretty costly, so I think it's worth paying a little more for something good.

Thanks man, I try to find ways of hiding The Protagonist so I can get a clearer view of the vehicle (tried placing the cars right outside the Saints Row Loft at first, but that proved to be a bad idea -> no respect for photography in Stilwater)
Kar33m368, 2014-01-31T03:41:09Z

One other thing you could do, if you wanted, is replace the Vehicles in Saints Row gallery with higher quality images.

I also like the front/rear/side views, but I don't think they work as well in the vehicle gallery as angled views.

(Some of the images in that gallery, like File:Quasar.jpg, are tiny.)

Also, I like how you cropped the images - I didn't even notice it at first - the old vehicle gallery images all have the HUD visible!

Yeah, I noticed some of those images were pretty small. I could retake them in the same area and just edit out the HUD (guessing there are ways to remove the HUD on consoles via modding, but I haven't really looked into that)

Per the linked poll, your admin access has now been removed due to inactivity.

If you ever need any files deleted, please use {{delete}}.

Retrieved from "https://saintsrow.fandom.com/wiki/User_talk:Kar33m368?oldid=423326"
Community content is available under CC-BY-SA unless otherwise noted.