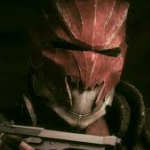 At the start of the game, after STAG arrive, or at the end of the game?

After STAG arrive and there is vandalism on the Saints billboards, many civilians will attack, unprovoked.

I gather from that information that it's after STAG arrive but before the end of the game.

I'm wondering if you're deliberately trying to misunderstand me.

Your comment:  "Yes. Saints Row is not a Swedish game." is not acceptable.

You do not have the right to write whatever you want.

I don't know what country you're from, but if you think that your government grants you the right to say whatever you like, you are sadly mistaken.

There are many things which you do not have the right to write on this wiki, the things which are you not allowed to write include - but are not limited to - homophobia, sexism, racism and any other comments that constitute harassment.

You can use Special:Contact to ask Wikia staff for clarification about this if you like.

You do not have the right to post racist opinions here.

And you continue to argue.

Saying that someone may not make a Swedish Saints Row Wiki because Saints Row is not Swedish is discrimination based on national origin, AKA racism.

This wiki values objectivity rather than subjectivity.

You also didn't state whether you were destroying the same type of vehicle, or two different vehicles. Destroying a Bag Boy and a Bear are going to take a different number of rockets.
452, 2012-12-18T20:08:03Z

I did state it. Read the second and third sentence on my first message.

What exactly are you trying to tell me?

Retrieved from "https://saintsrow.fandom.com/wiki/User_talk:Hooded_Demon?oldid=417349"
Community content is available under CC-BY-SA unless otherwise noted.