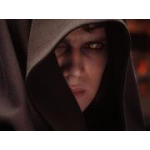 I have to admit, I wasn't always a Saints Row fan. Coming from being a die hard Grand Theft Auto Fan, I thought that Saints Row would be a cheap, bare bones, open world video game with not much to offer. But then I played Saints Row 2 and my mind was blown. I hadn't played the first one at that time so I was a little lost when the game started. After beating the second game, I picked up the first to get a little more into the story. I saw that Saints Row: The Third was gonna be more over the top than the last and I said, "I gotta have it." Now that Saints Row IV is coming this August, I can not wait to get crazy and wild and see how much further the ever growing world of The 3rd Street Saints can go. "Saints Row Bitches!"

There are many reasons why I like Saints Row. For starters, The stories to the first two games are so gripping. The third game started getting more wacky, which is okay, but it was the second game that got me hooked. Another reason is the customization. You can make the protagonist look like whatever you want, Male, Female. Caucasian, African American, Latino or Asian. You can wear anything, pimp out cars and much more. It is the game-play in these games that really seal the deal with me. Like in the Grand Theft Auto games, there is so much to do outside of the story that help with replay value.

1 of 7
Retrieved from "https://saintsrow.fandom.com/wiki/User:Matt_Seay?oldid=414095"
Community content is available under CC-BY-SA unless otherwise noted.