This neighborhood is located in the Arena District of Stilwater, and is named after the prominent Ultor Dome, although the neighborhood also includes several stores in the area around the Dome.

In Saints Row, this neighborhood is Westside Rollerz turf and is acquired after the mission "Liberation".

Playa gets a call to meet Lin at a pool hall in this Neighborhood, but it turns out to be a trap set by William Sharp who had figured out she was really a Saint.

After revealing that Lin was a traitor to Donnie, Sharp ultimately shot Playa and Lin, locked them in a trunk, and pushed the car into the river northwest of the Ultor Dome, resulting in Lin's death.

The Ultor Dome was also the site of the only instance of Demolition Derby in the game.

In Saints Row 2, the neighborhood belongs to Sons of Samedi, and is acquired after the mission "Bad Trip" despite the mission not involving the area at all.

It is also the site of the final Brotherhood mission, Showdown, despite being considered Sons of Samedi territory.

Demolition Derby was now at the Culex Stadium, but a Fight Club was now going on here near the locker rooms of the Ultor Dome.

Banners on the dome and the nearby Sports Bar seem to indicate that the Dome is where the Stilwater Sharks play their games, but it must be the off season during the game as the Dome interior is currently set up for some sort of vehicular activity, as evident during the Maero encounter. 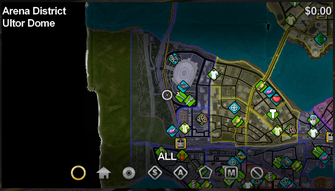 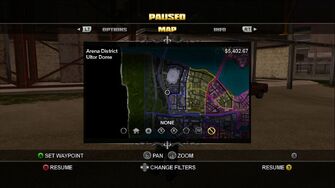 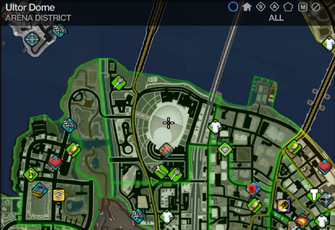 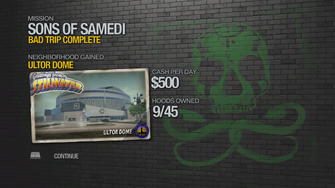 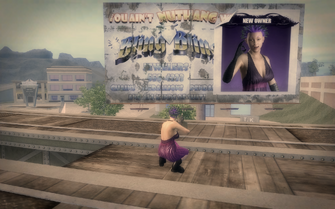 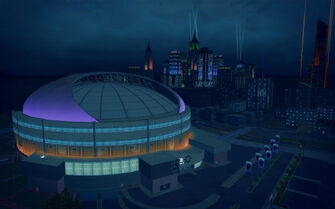 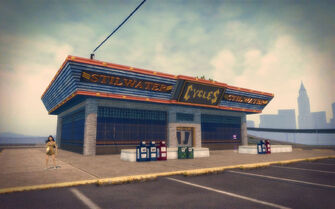 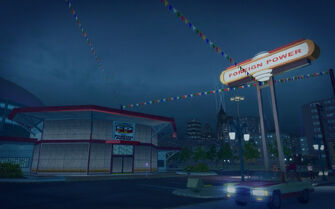 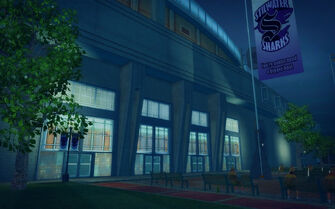 Ultor Dome in Saints Row 2 - side of Ultor Dome 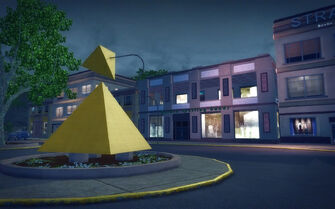 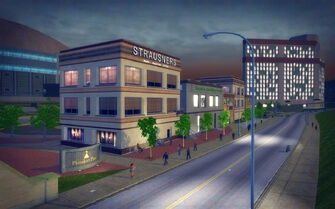 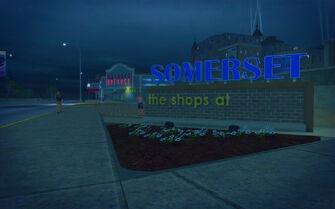 Ultor Dome in Saints Row 2 - the shops at Somerset 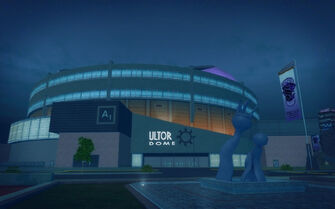 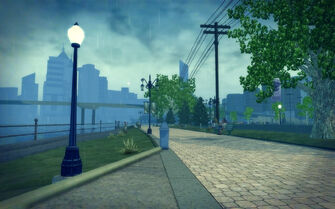 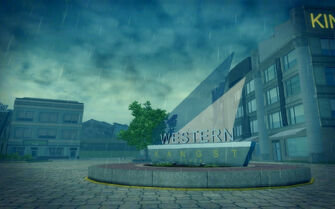 This article contains no references. See Help:Cite.
Retrieved from "https://saintsrow.fandom.com/wiki/Ultor_Dome_(Neighborhood)?oldid=425663"
Community content is available under CC-BY-SA unless otherwise noted.