"Traffic Control" is the first of three missions in the Corporate Warfare DLC.

Ultor CEO Eric Gryphon (Dane Vogel's replacement) meets with Pierce at $tock$, expressing his interest in meeting with Playa. Gryphon needs the 3rd Street Saints to provide him protection from Dex's Masako. In return, Gryphon will provide Playa with information on Dex, who had previously tried to kill Playa and Julius in a church[1].[2]

Playa successfully defends Gryphon's Status Quo from an Oppressor and escorts him to the Saints Hideout. Sometime after the events, Gryphon meets Dex outside the Phillips Building, with Gryphon coming to the assumption that Dex can't have him killed at work. Gryphon warns Dex that he's out of his league, and Dex replies that Gryphon is out of touch.[3]

Known philanthropist Eric Gryphon has miraculously survived a brutal car crash that has left dozens dead. While Mr. Gryphon was unavailable to comment, his co-worker and close friend Dexter Jackson says this of the ordeal, "I'm just happy that Eric is ok.". In unrelated news, police have been unable to figure out how several hundred shell casings appeared on the Stilwater Freeway.

Playa rides in the back of a Side Shooter, protecting Eric Gryphon who is in a Status Quo on the freeway. There are Masako in FBI SUVs, Bears, Oppressors, and a Tornado.

A AR-50 w/Grenade Launcher with infinite ammunition is provided, including infinite grenades which can be a challenge due to the delay of firing the grenade and the grenade landing.[7]

Partway through the Downtown section of the freeway, the Side Shooter flies ahead to deal with a group of Masako on an overpass, as a Destroy flies past in the background.[8] Despite the Masako not blocking the road, Gryphon refers to it as a roadblock.

There is a roadblock of Bears in the middle of the freeway bridge across the river, and the limo driver is killed.[9]

Checkpoint
Rescue Gryphon and get back to the Saints Hideout[10]

Gryphon remains in the Status Quo until approaching it.[11] Once the Status Quo is reached, Gryphon exits and becomes a Homie, armed with a K6 Krukov.[12]

The Status Quo cannot be entered. The Bears can be entered, and there health can be reset by cancelling the mission and restarting from the checkpoint.[13]

Reach the Saints Hideout to complete the mission.

The mission fails if Gryphon's Limo is destroyed,[16] or if Gryphon is abandoned or killed.[17][18] 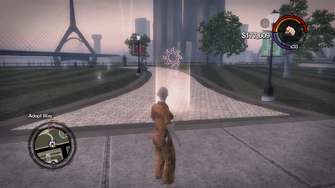 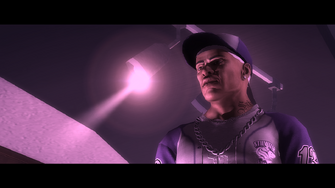 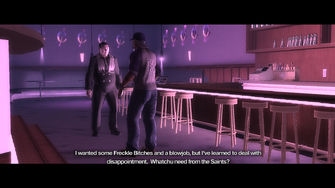 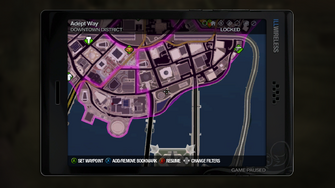 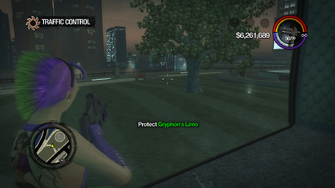 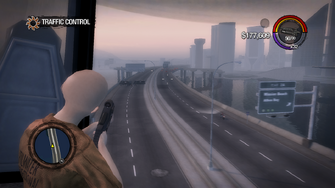 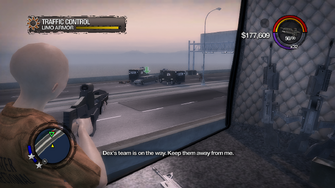 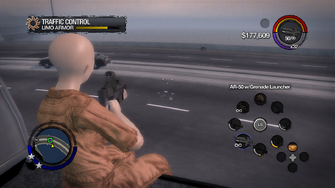 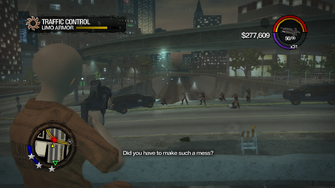 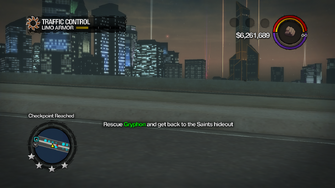 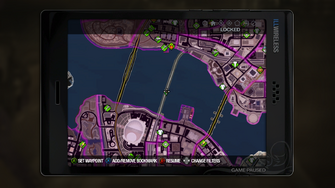 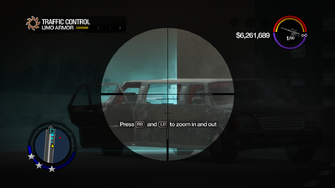 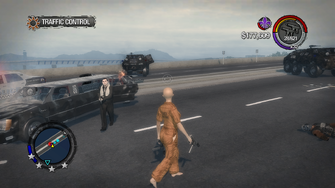 Traffic Control - Gryphon as a generic Homie after exiting Limo 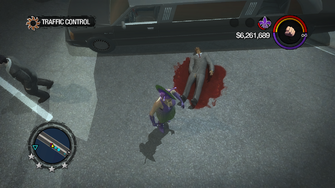 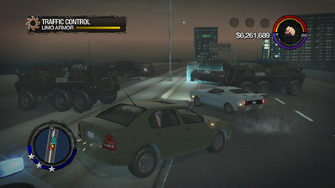 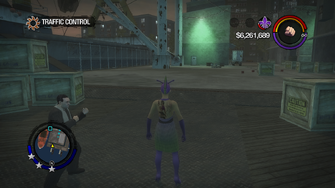 Traffic Control - shore location after jumping in the water 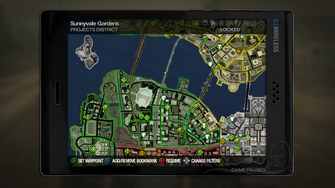 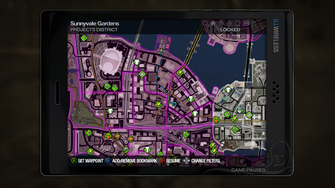 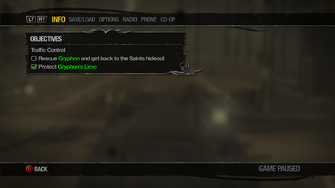 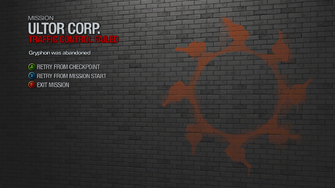 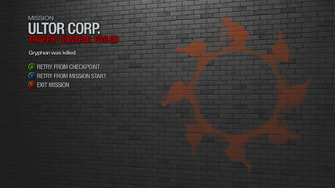 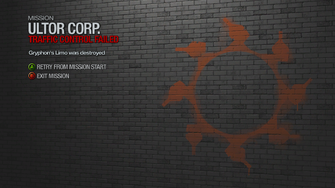 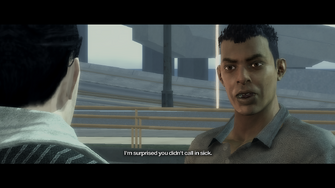 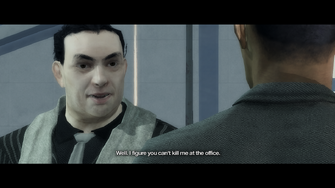 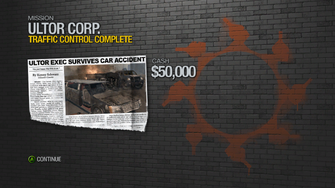 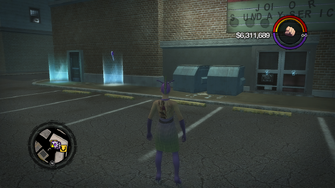 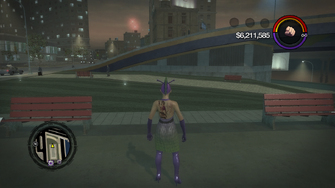 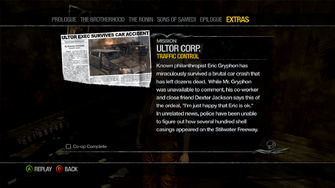 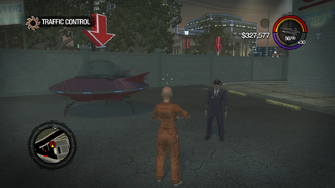 This article contains no references. See Help:Refs.
Retrieved from "https://saintsrow.fandom.com/wiki/Traffic_Control?oldid=422589"
Community content is available under CC-BY-SA unless otherwise noted.