Theft is a diversion in Saints Row.

This diversion is available after Back to Basics.

Theft is started by breaking into a Safe inside a closed Store. Store hours vary, but all stores are closed between 10PM and 9AM. It is possible to access the Safe in the back of a Store after Store hours either by kicking down the door, or opening the door normally before the Store is closed. When a door is kicked in, an alarm goes off and Notoriety increases.

Safecracking when a Store is closed begins Theft, but Safecracking during the day only awards Cash. Safes at Friendly Fire also contain a weapon. The Safe is located in a room at the rear of the Store. When standing in front of a safe, there is a prompt to begin cracking the safe. A series of control actions are shown on the screen, similar to Tagging. One the sequence has been followed, the safe door opens. If an action is performed wrong, Police Notoriety increases.

During the day, the Safe can also be opened by performing Hold Ups.

After the Safe has been opened at night, there is a box inside which can be picked up and put in the back of any vehicle. When standing at the rear of a vehicle, a prompt appears to place the box in the vehicle. Once inside the vehicle, the Map shows the location of a Pawn Shop (such as On The Fence which is only available during this diversion. There are only four Pawn Shops drop-off points, and the map shows to the closest one. When moving to a different part of the city while carrying boxes, the map adjusts to the new nearest one. It is possible to rob multiple stores before going to the Pawn Shop, but the fence only accepts a maximum of 6 boxes, which is also the maximum capacity of large vehicle such as the Delivery Truck. When crashing the car, there is a chance that a box would fall out, and when daybreak hits, the diversion ends.

There are only 6 safecracking combinations

Theft does not count towards 100% Completion, so there is no way to "Complete" it.

There is one entry in the Statistics menu which is related to Theft:

Theft was originally going to be started from Icons like other Activities and had characters in each cutscene. Like Snatch, it was going to have a four locations instead of just three. The four drop off points during Theft correspond to the four activity locations.

The Contact Characters were cut from the game when Theft was changed to being activated by robbing a safe at night, but the character models exist in the game files.

Matt was to be the contact for Theft for the 3rd Street Saints area of Stilwater, and likely would have served as a training Activity, like Will did for Snatch. Matt was described by Troy in the subtitle files as "a shifty mother fucker who runs a pawn shop." Despite his name being Matt, the sign on his Pawn Shop reads Uncle Ed's Pawn Shop. It is located just north of the bridge leading to the western part of Fox Drive.

The contact for this location was named Javier. It is unknown if the Javier introduced in Saints Row 2's Septic Avenger activity is intended to be the same person. His Pawn Shop is an On the Fence located down the street just south of the Image As Designed.

The contact for this location was named Morgan. Nothing else is known about him. He doesn't actually have a Pawn Shop, packages for his area are delivered to an empty parking lot next to a building called Rank & File. It is located between a Rim Jobs and a Brown Baggers.

The contact for this location was named Aiden. Nothing else is known about him. His Pawn Shop is an On the Fence located just south of the Forgive and Forget. 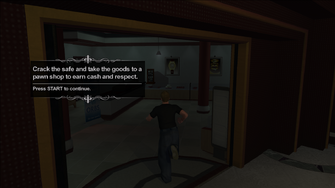 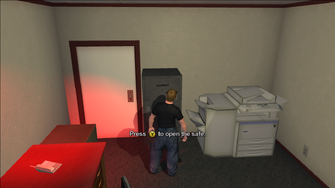 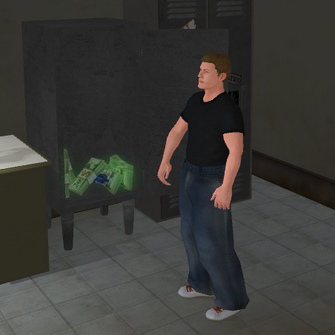 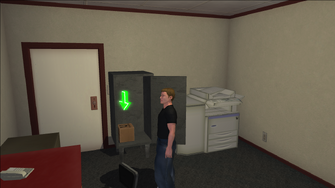 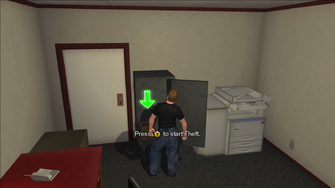 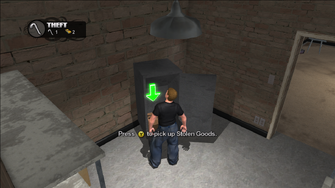 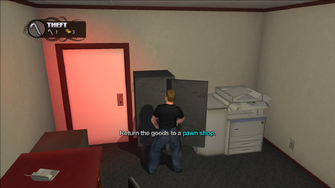 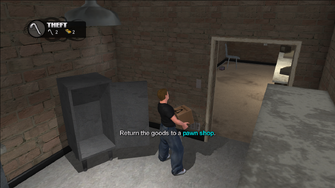 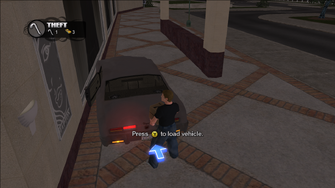 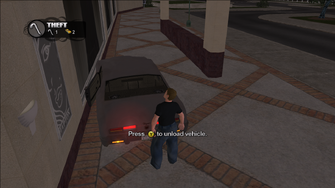 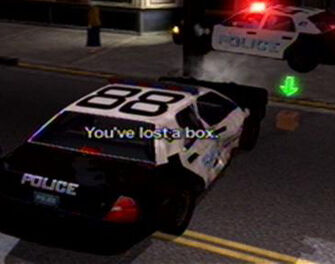 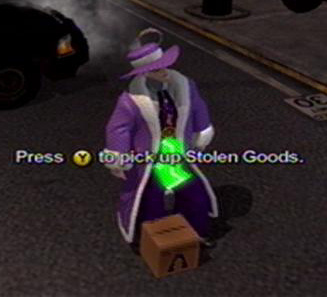 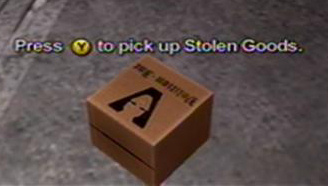 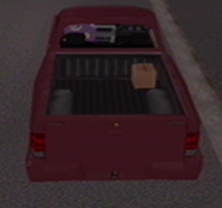 A theft box in the back of a Thorogood 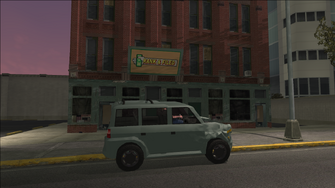 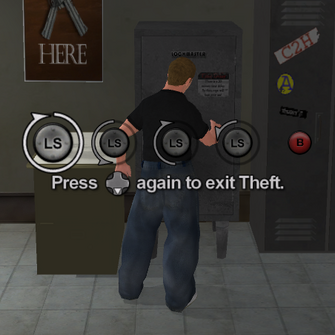 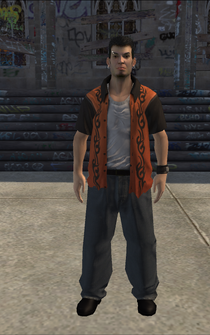 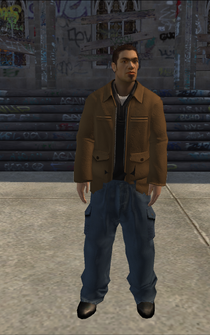 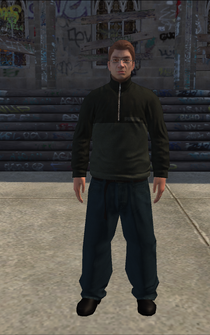 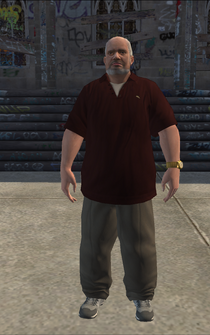 This article contains no references. See Help:Cite.
Retrieved from "https://saintsrow.fandom.com/wiki/Theft?oldid=423918"
Community content is available under CC-BY-SA unless otherwise noted.