"The Warden
Stomp" is a mission in Saints Row IV.

After realizing Matt has been successfully retrieved by the Saints, Zinyak is angry and immediately releases a Warden with Stomp Super Power as Playa enters The Simulation. They defeat the Warden, obtaining Stomp Super Power.

Shortly after entering The Simulation, a Warden appears and must be defeated.

Use Freeze Blast to freeze Warden for a short time then shoot in a head to cause as much damage as possible.

After Warden is defeated, the player appears in a training room with new Super Power – Stomp.

Use it on a few waves of enemies.

Use Stomp on a Cluster.

Use Stomp on another Warden and kill it to finish the mission.

Good, looks like it works. Sending you back now.

Boss, I'm picking up major readings coming from your area. I think--

SUPER. POWER. FIGHT. CLUB! The rules are simple: SURVIVE. Each round pits the player against tougher and tougher enemies. Prove your worth and you'll be rewarded with a BOSS BATTLE. The faster you finish, the more points you get. Let's go the floor!

Here, try using it to take down a Warden's shields.

Watch out for that stomp! It's sending waves of energy out from him. 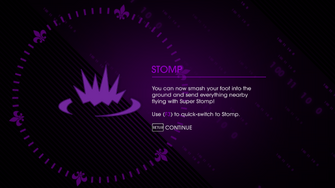 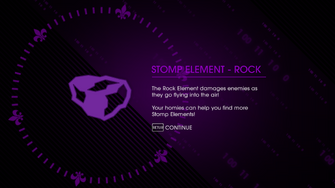 This article contains no references. See Help:Cite.
Retrieved from "https://saintsrow.fandom.com/wiki/The_Warden_Stomp?oldid=427160"
Community content is available under CC-BY-SA unless otherwise noted.