"The Siege" is the tenth and penultimate mission of The Brotherhood story arc in Saints Row 2.

At the Saints Hideout, Playa rallies the 3rd Street Saints as they prepare to launch a final assault on Maero at the Brotherhood hideout, using the weapons acquired from the long-awaited shipment that Playa seized previously.[1]

As the 3rd Street Saints and The Brotherhood fight against each other, Playa charges through the Brotherhood hideout and confronts a Mini-Gun-wielding Maero on the rooftop. A quick firefight leads to both of them falling through the roof to the ground floor, where a shocked Donnie and Matt run away. Both Playa and Maero struggle to get up, but the fight soon resumes with Playa gaining the upper hand. Just as Playa is about to kill Maero with a tattoo needle, Matt returns and uses his weight to pin Playa to the ground, sacrificing himself to give Maero enough time to run; Playa manages to grab a brick and uses it strike Matt in the head, knocking him unconscious, but throws it forcefully at Matt's face and kills him upon realizing that Maero has escaped in a Legion with Donnie.[2]

Another tragic twist has unfolded in the saga of the Feed Dogs, as their former lead guitarist--and reknowned[sic] Brotherhood tattoo artist--Matt was killed today.The[sic] Third Street Saints assaulted the headquarters of the Brotherhood in what was the bloodiest battle yet between the rival gangs. The body count continues to skyrocket and officials are left scratching their heads as to when the violence will end.

Meet the Saints near the Brotherhood hideout

The two Homies are both armed with K6 Krukovs, although neither of them are unique or need to stay alive.

Kill the Lieutenants to draw out Maero

Before entering the Brotherhood hideout, fight through ten lieutenants outside first. This can be surprisingly tricky as some come equipped with RPG Launchers. Using ranged weapons such as a McManus 2010 can be helpful for those unwilling to risk making a push, and ditching the two default Homies can help as they may be targets for the enemy.

Maero is in the warehouse, find a way in

Make your way to the roof

The rooftop can be accessed via the sixth floor. There are additional 3rd Street Saints members along the way up through the building - feel free to help them in gunning down The Brotherhood, or just kill those in the way and head up each staircase. The path forward is linear, but it is easy to get lost.

Once on the rooftop, Maero stands on an inaccessible part of the roof wielding a Mini-Gun.

There are few places to take cover here, and the cover does not last long as it eventually falls to Maero's firepower. Run from one cover to the next repeatedly, shooting him until his health is depleted. Using the low wall in front of/beneath Maero for cover will cause him to throw Satchel Charges; use this opportunity to run back and avoid the explosives while pelting him with ammo until he falls.

Playa: "I'm glad ya'll seem to like the new hardware the Brotherhood decided to hook us up with."
Playa: "Ya know, up until this point we've been toyin' with Maero...kill his bitch here, steal his money there...but I'm through playin'. We know where he lives, we have his guns, and I say it's time we take that motherfucker out, whatchu think?"

"It's Not The Fall That Kills You..." cutsceneEdit

Donnie: "The shootin's stopped, you think it's over?"
Maero (unused): "Get out of here..."
Maero (unused): "Screams"
Maero: "Your little buddy screamed like a bitch when we trussed him up..."
Maero: "How 'bout you bitch? You gonna scream?"
Matt pin Playa to the ground
Matt (unused): "Donnie, look out!"
Matt: "Maero, get outta here!"
Matt (unused): "*yelling in anger*"
Donnie pulls up in a vehicle
Donnie: "Get in, man!" 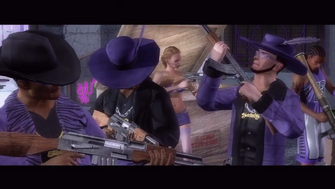 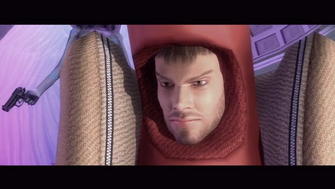 Playa rallies them and prepares for a final assault 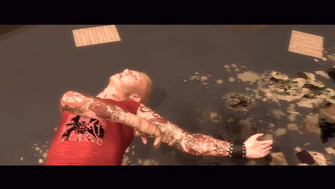 Matt, knocked unconscious after Playa strikes him with a brick, and before Playa does so again off-screen, killing him 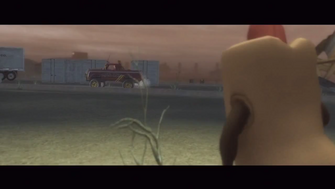 Maero climbs into a Legion and escapes 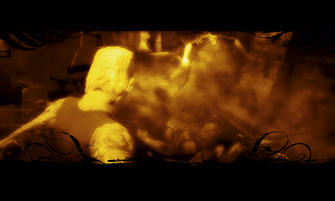 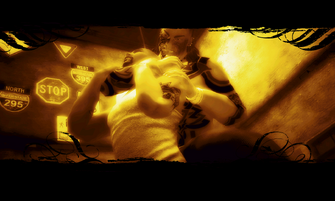 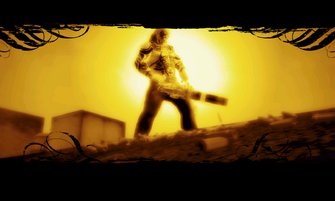 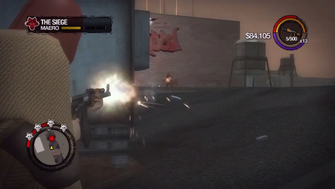 This article contains no references. See Help:Cite.
Retrieved from "https://saintsrow.fandom.com/wiki/The_Siege?oldid=426376"
Community content is available under CC-BY-SA unless otherwise noted.