The Anna Show is the first cutscene in Saints Row 2.

If the game is left idle at the Title Screen of Saints Row 2, a cutscene will play which gives a decent amount of background information about what happened between Saints Row and Saints Row 2.

The cutscene is a series of television shows. The majority of the this cutscene shows a special on "The Anna Show" called "The problem with poor people", which is interspersed with scenes of other programs on different channels.

While this cutscene appears to be a scripted in-engine cutscene the same as all other cutscenes in the game, it is in fact a saved video file, as the game engine is not yet loaded at the title screen.

A TV turns on, tuning into The Anna Show. The number "18" appears as an OSD number, this is local to the television set and is not indicative of the network which broadcasts the Anna Show. The radio advertisement for The Anna Show reveals that it is normally broadcast on Channel 6.

Anna is seated on a chair to the right of a table, while Dane Vogel is seated on a couch to the left.
Anna: "Hi, and welcome to the show. Joining me today is a man who's done some wonderful things for our community. Please give a warm welcome to Mr. Dane Vogel."
The audience Applauds, and Vogel waves to them.
Vogel: "Thanks for having me Ann.[sic] [1]"
Anna: "Now Dane, a lot of liberals out there..."
The audience boos, and Anna waves to shush them.
Anna: "A lot of liberals out there have been saying that corporation's[sic] like Ultor are part of the problem...that they're destroying America with their attitude of "To hell with the community, the bottom line is all that matters.""
Vogel: "You know, I'm glad you brought that up. I have some pictures that I'd like to show your audience if you don't mind..."
A picture of the Saints Row Church is shown, as it appeared in Saints Row, eliciting gasps from the audience.
Vogel: "Now what you're seeing here are pictures of Saints Row[sic] a few short years ago..."
Anna: "Parents, you might want to your tell your kids to leave the room...there will be minorities in these photos."
Vogel: "Like I was saying, in the past this district was filled with gangs, hookers, and drugs...now Alderman Hughes..."
Anna: "A great man who was taken from us far too soon..."
Vogel: "Hughes had a vision for Saints Row.[sic] He wanted to pull the district from the depths of depravity into a brighter future. Now we at Ultor couldn't agree more...that's why we spent considerable resources turning this...into this."
The shot of the old church appears again. An iris effect involving the Ultor sun logo transforms the picture into the renovated church in Saints Row 2.
Oohs and applause from the audience, as more shots of the renovated Saint's Row district are shown.
Vogel: "Crackhouses to corporate parks, pimps and hos to cops on patrol!"
Anna: "Amazing. Just amazing, l...I think we all owe Ultor another round of applause."
The Audience claps, and Vogel waves to them again.
At this point, the television cycles through the other channels before returning to Channel 18.
When the TV changes back to Channel 18, the Anna Show is returning from an ad break.
Anna: "Now some misguided people would say that by turning Saints Row[sic] into a glass and steel utopia all you've accomplished was the displacement of low-income families...which, ya know, to me sounds like an added bonus."
The audience laughs.
Vogel: "Well, I don't know about it being a bonus, but it's like my father said, if you're gonna build an ivory tower, you're gonna have to kill a few elephants."

A man dressed in a dollar sign jacket seems to be announcing a "free money" program. "CALL NOW! #2274666399" appears at the bottom of the screen.

News13 Stilwater is showing footage of Maero and a Brotherhood of Stilwater member holding up a store in the Barrio District called Lecturas Psiquicas. After punching out and shooting the store owners, respectively, they jump into a Compensator truck and drive off, knocking the camera to the ground.

This footage was taken last night as the Brotherhood went on another looting spree, this time focusing their wrath on the recovering community of Ezpata. People watched in horror as the crazed individual known as Maero led his men on a violent night of chaos. With no end in sight to the gang epidemic, one has to ask, what are the police doing?

The end of an Ultor Commercial is playing.

Ultor: A brighter future, and a better life.

Stilwater University Network shows a student reporter holding a Channel 6 microphone standing next to the River where Richard Hughes' yacht exploded. The camera drifts to the right to focus on the water, but the reporter waves the camera back to focus on her.

Years ago, these serene waters were shaken as mayor-elect Richard Hughes' yacht was destroyed by a tremendous explosion, in what was at the time, the 2nd assassination of a major public figure...

Channel 6 Extreme! News is on. The location is the Stilwater University, where a handful of students are shown smoking Loa Dust. Jane Valderamma is reporting live from the scene.

Jane: "Stilwater University...a place of learning? Or a state funded opium den?"
Jane: "These kids are smoking "Loa Dust", a popular designer drug that is sweeping across the city courtesy of a street gang known as The Sons of Samedi. I hit the campus to get some of the students take on this dangerous epidemic."
The scene cuts to Jane Valderamma, who is interviewing Veteran Child.
Jane: "As a student here, what are your thoughts on the drug problem facing this campus?"
Veteran Child: "Oh, I'm not a student here, I just come here for pussy..."

!rto Network is showing a dramatization of The Ronin's arrival at Stilwater. A citizen is buying a hot dog. 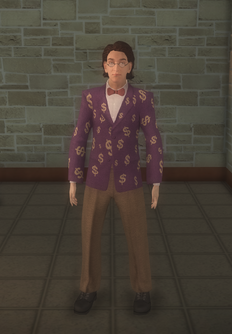 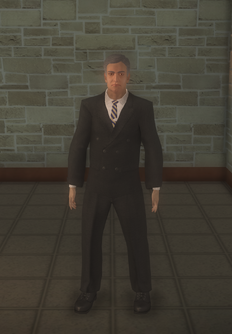 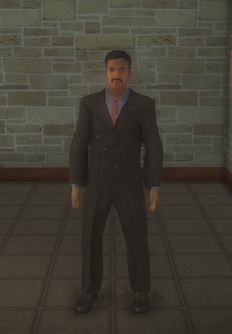 This article contains no references. See Help:Cite.
Retrieved from "https://saintsrow.fandom.com/wiki/The_Anna_Show?oldid=425385"
Community content is available under CC-BY-SA unless otherwise noted.