"That's Not in the Script!" is the last mission in the Saints Row: The Third DLC, Gangstas in Space.

In the mission, an Aegean is used to destroy mind control transmitters and upload a computer virus. There is also a fight with the SNG.

At the end of the mission, a very aggravated Jenny Jaros crashes the ship into the arrogant director of the movie Andy Zhen thus ending his brilliant career as well as his life.

We got one more huge scene to film, and this one's gonna be so over the top I'm coining a new phrase for it: EXAGA-REAL... I don't wanna spoil the surprise, but trust me, you'll kill it!

Kwilanna: "Uploading... Hey should I swing around so the camera can get a better angle of the ship?"
Andy Zhen: "WHAT THE FUCK DID I SAY? That's the last time you break character! I've had it with you... extras. You and all the other actresses in this film are never finding work again. You're useless!"
Kwilanna: "I'm not going to do it... I'm not..."

Alright, now you have to get to the center of the city to execute the viruses. Let's make the drama happen!


— That's Not in the Script! ending cutscene 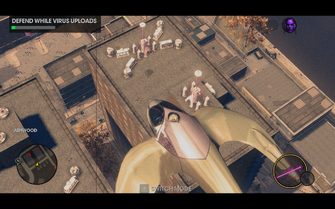 Playa defending the area while the Virus uploads 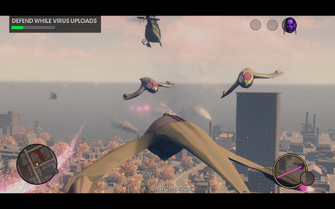 Playa fighting off multiple Aegeans while the Virus uploads 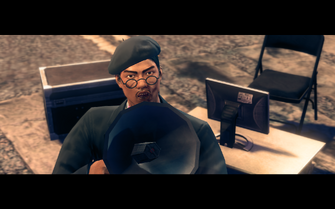 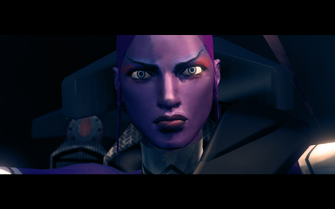 Jenny losing her patience and decides to Kill Zhen 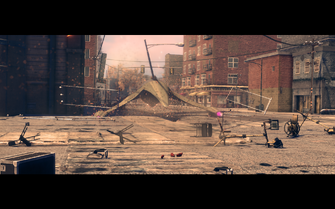 Jenny crashing the Aegean through the filming area where Zhen was 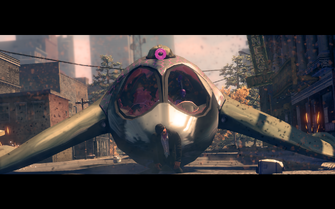 Zhen impaled and dead on the nose of the crashed Aegean, thanks to Jenny

This article contains no references. See Help:Cite.
Retrieved from "https://saintsrow.fandom.com/wiki/That%27s_Not_in_the_Script!?oldid=427063"
Community content is available under CC-BY-SA unless otherwise noted.