Tentacle Bat is a weapon in Saints Row IV.

The Violator is the only costume for the Tentacle Bat in the base game. An additional costume, the Caveman Club, is available in the Stone Age Pack DLC.

The Tentacle Bat unlocks after completing Kinzie's Customization quest.[2] Once unlocked, enter Friendly Fire to equip it. It is required to complete the Challenges in Saints Row IV: Tentacle Bat Beatdowns.

Damage can be upgraded 5 levels, with a separate Car Crusher "ultimate upgrade".[3] 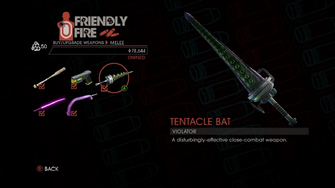 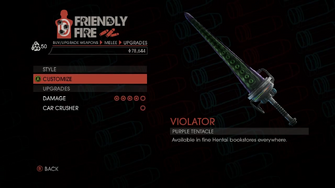 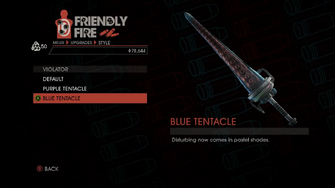 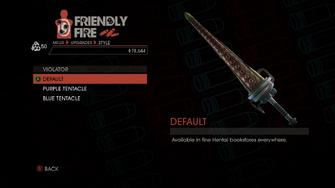 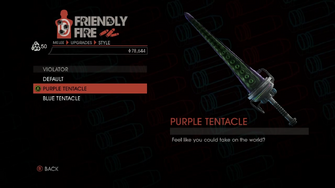 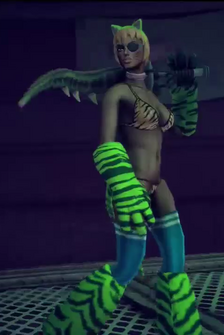 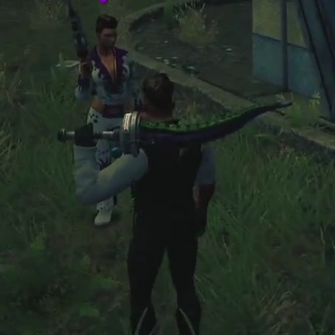 Tentacle Bat from behind

This article contains no references. See Help:Cite.
Retrieved from "https://saintsrow.fandom.com/wiki/Tentacle_Bat?oldid=408545"
Community content is available under CC-BY-SA unless otherwise noted.