The [objective] of Mayhem is to cause as much monetary destruction as possible in a set time limit. We thought that was fun, and then we decided to go ahead and add a tank.

The objective of Tank Mayhem is to drive a Challenger and cause mayhem to earn a specified amount of money before time runs out.[1]

Tank Mayhem is completely separate from Mayhem, which is also present in Saints Row: The Third.

After completing all 6 levels, Guardsmen become available as a Homies style.

It's similar to Saints Row: The Third Tank Mayhem, but Challenger is changed to the alien tank Destructor.

The key to winning tank mayhem is to keep shooting with the constant firing gun to rack up combo. The combo acts as a multiplicator. To increase combo, shoot targets like fences (both mesh and wood work), news stands near storefronts, and groups of pedestrians (use the main gun if they are clustered together). Then shoot more expensive things like cars.

Tank Mayhem becomes available immediately after The Fundamentals, along with Mayhem and UFO Mayhem.

After completing Easy instance, a Saints variant of Destructor is unlocked at Gateway Garage.

After completing all instances, along with UFO Mayhem and Mech Suit Mayhem, on Gold difficulty, a Saints Xor hoverbike is unlocked at Gateway Garage.

If you want to live, you shouldn't be a target next time 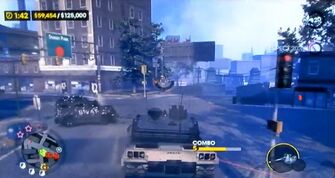 A heavily damaged SWAT truck during the Tank Mayhem Activity

Two SWAT trucks ahead during the Tank Mayhem Activity 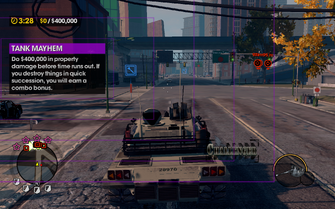 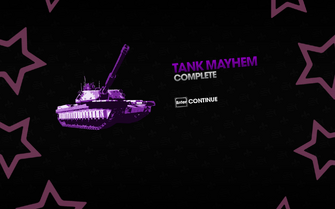 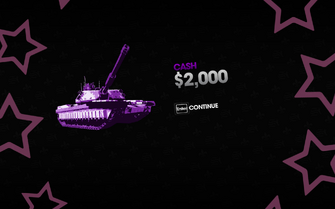 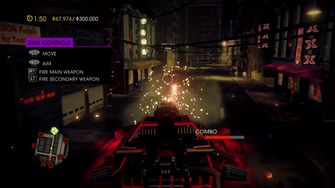 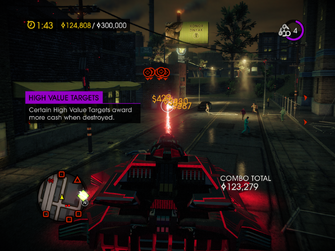 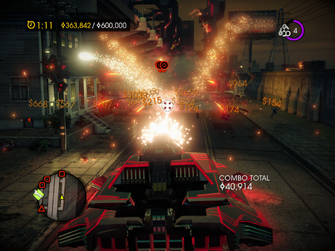 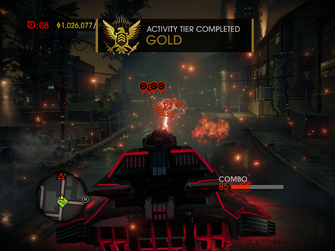 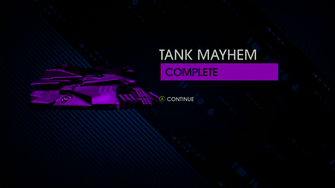 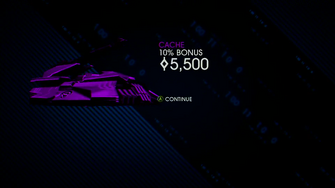 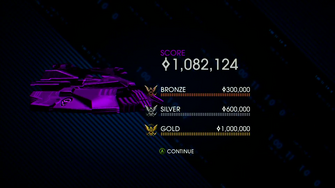 This article contains no references. See Help:Cite.
Retrieved from "https://saintsrow.fandom.com/wiki/Tank_Mayhem?oldid=408695"
Community content is available under CC-BY-SA unless otherwise noted.