The TOGO-13, also known as Cypher's Rifle[1], is a weapon in the Moneyshot Pack DLC for Saints Row: The Third.

The TOGO-13 is a fully-automatic sniper rifle featured in the Moneyshot Pack, a DLC included as a bonus for purchasing the Studio Edition of Prima's Official Game Guide for Saints Row: The Third.

The weapon has a magazine capacity of 30 rounds, which can be fired in three different ways depending on how quickly the the Primary Attack button is pressed. Holding the fire button results in full-auto, rapidly clicking (but not holding) the trigger results in short bursts of fire, and occasionally tapping the trigger results in the discharging of a single round. Effective utilization of all three firing modes makes the TOGO-13 a devastating and highly effective weapon.

Like the McManus 2015, the TOGO-13 is most effective at long range, but unlike the former, it can also be used effectively at mid-range. It doesn't have much recoil, so it is still possible to hit targets quite accurately.

Though fully automatic the TOGO-13 is still a sniper rifle. So it isn't a great choice for engaging multiple enemies in a firefight. 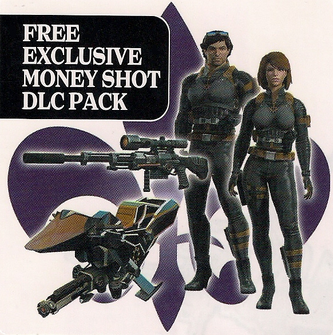 Advertisement for the "Money Shot" Pack which includes the TOGO-13

Full view of the weapon in promo image 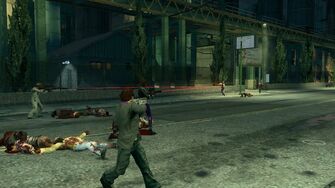 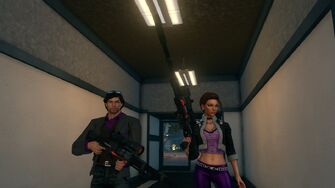 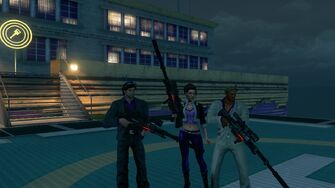 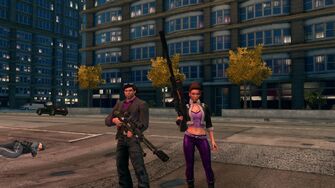 Playa with a McManus, Shaundi with a TOGO-13 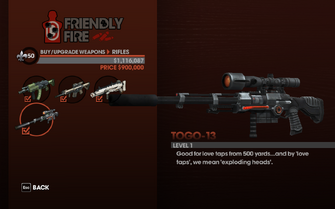 This article contains no references. See Help:Cite.
Retrieved from "https://saintsrow.fandom.com/wiki/TOGO-13?oldid=421512"
Community content is available under CC-BY-SA unless otherwise noted.