The Syndicate Tower is a skyscraper in Saints Row: The Third and Saints Row IV.[2]

It is located in Henry Steel Mills and is the headquarters of the Morningstar. The Syndicate Tower is the tallest building in Steelport.

Like the Phillips Building in Saints Row 2, the tower is visible from almost any location in the city, especially at night, making it very useful for navigation.

Phillipe Loren's main offices are located near the top floor, and about midway up the tower, there is a top-secret cloning facility where the Morningstar hopes to create a master army of Brutes from their prisoner, the giant Oleg Kirrlov. All the clones produced so far possess Oleg's strength, but have yet to possess his intelligence.[4]

Phillipe, Viola and Kiki host a meeting at the tower with the rest of The Syndicate in a private boardroom.[5] Later in the game the 3rd Street Saints storm the building, free Oleg, and kill Phillipe Loren.[3] After this there is an option of either blowing up the building to gain more respect, or keeping it to increase their income from missions and activities.

In Saints Row IV, the building is replaced with an alien skyscraper but is still referred to as the Syndicate Tower, both in objectives and dialog.

The Zin mothership which hangs over Downtown is docked to the building. The bottom of the building is surrounded by rubble, similar to the rubble around each Hotspot and Tower.

There is an openable door at the bottom, but there is nothing inside. The only time the tower is mentioned is "Grand Finale", where entering the room is an objective.

2 tuned Infuegos and 2 Justices from the Morningstar Gang Operation are still located in the parking lot to east of the tower, although these do not have Morningstar colors. 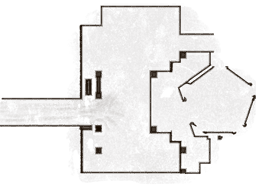 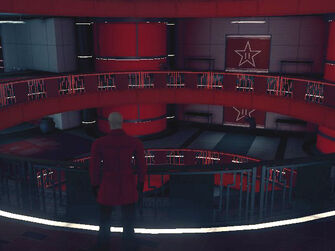 The Atrium of the building 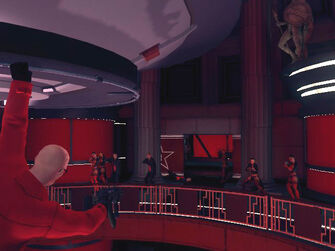 Morningstar inside the building 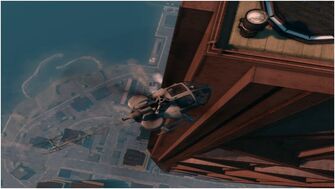 Aerial View from the top of the Tower 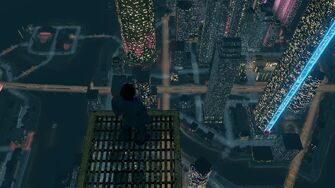 View from the top of the Tower 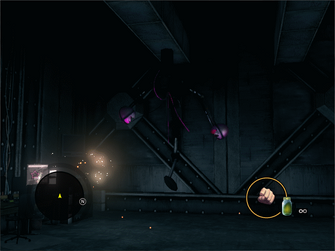 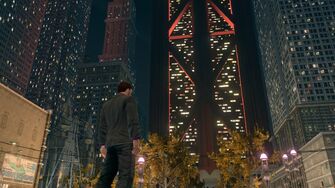 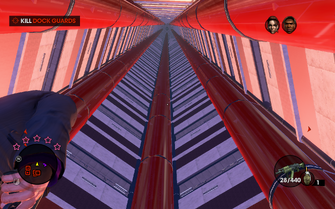 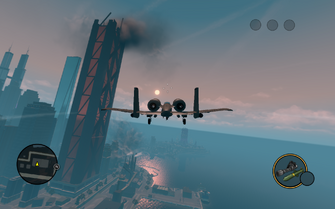 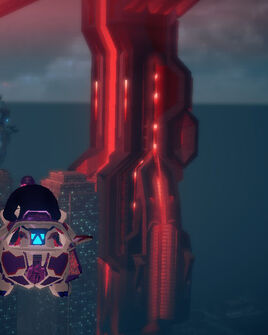 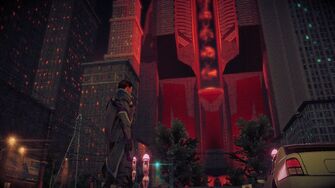 This article contains no references. See Help:Cite.
Retrieved from "https://saintsrow.fandom.com/wiki/Syndicate_Tower?oldid=415754"
Community content is available under CC-BY-SA unless otherwise noted.