The Swarmitron is a weapon in the Saints Row: The Third DLC, The Trouble With Clones.

When the gun is fired, like the name implies, it fires a swarm of bees.

It was designed by Jimmy Torbitson in order to ward off overexcited fans from attacking Pierce without killing them. The Swarmitron also is used in an unsuccessful attempt to calm Johnny Tag. Like the weapons from the Gangstas in Space DLC, in can only be used in one mission.[1] 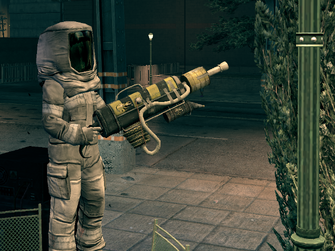 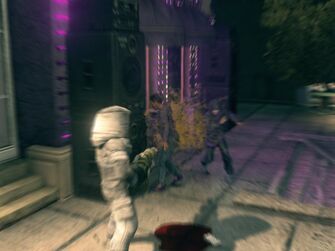 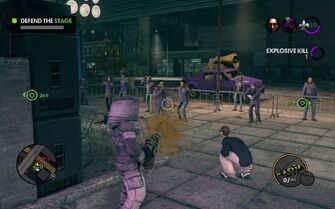 Swarmitron in use with Jimmy

This article contains no references. See Help:Cite.
Retrieved from "https://saintsrow.fandom.com/wiki/Swarmitron?oldid=327406"
Community content is available under CC-BY-SA unless otherwise noted.