Survival is a Diversion in Saints Row: The Third.[1] In Saints Row IV, it is known as Virus Injection.

Once you have the Crusader tank in your garage, Survival missions become much easier.

First revealed in IGN's video preview highlighting STAG's Crusader tank,[1] Survival tasks players with surviving an onslaught of enemies over three to nine waves. Each wave requires the player to survive a certain amount of time or kill a specific amount of enemies. Players may not stray too far from where they started the Diversion.

When on foot, not in combat and not in a mission or activity, someone can call Playa and inform him that some gang is attacking some location and that Playa should go and help protect the location. At that point a marker will appear on the map. The player is still free to start a usual mission or activity, or to save the game. Saving does not remove the marker, but reloading that saved game will. The player may use homies to complete a Survival. If the player takes too long to get to the marker it will disappear, but there is usually enough time to drive a tank to the location.

Survivals include battles with the Steelport Police, Morningstar, Luchadores, Deckers, Mascots, Zombies and Bikers. Brutes appear as part of the onslaught for the three gangs and the zombies. Playa is granted Cash and Respect for killing enemies and completing each wave.

Survival is renamed to Virus Injection in Saints Row IV. The Diversion is same, although there are no timed Virus Injections. On reaching the final kill quota, all remaining enemies will vanish and any Notoriety will be cleared. Wardens never appear during Virus Injection. 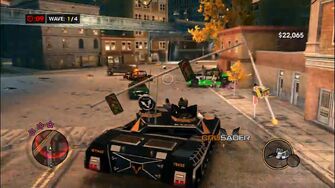 The player uses a Crusader in Wave 1 of Survival 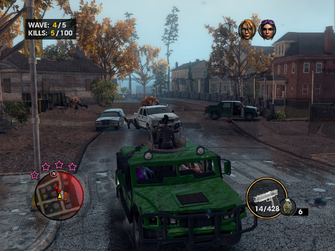 Zombie survival, with a customized Bulldog and the homies Kinzie and Viola. Note the zombie Brutes 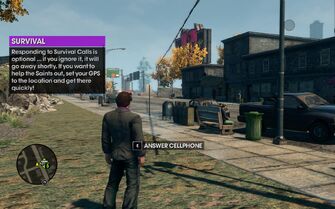 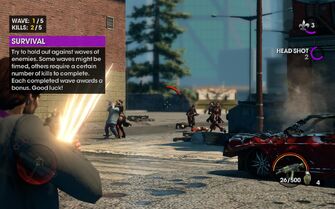 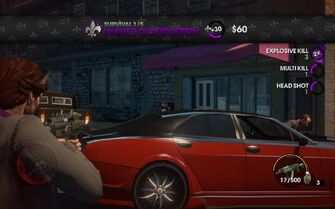 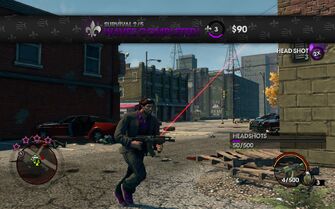 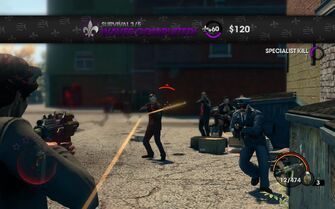 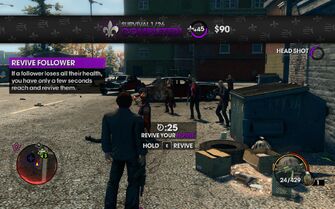 This article contains no references. See Help:Cite.
Retrieved from "https://saintsrow.fandom.com/wiki/Survival?oldid=426604"
Community content is available under CC-BY-SA unless otherwise noted.