"Sunnyvale Gardens Fishing Dock" is a Stronghold in Saints Row 2.

Saints feed Samedi to the fish

Shaundi phones Playa and briefs them on the Sons of Samedi's smuggling of Loa Dust through Spackle Fishing Industries. She asks Playa to destroy the frozen fish holding the Loa Dust and then destroy the boat they're using to transport it.

A fishing boat exploded near the Sunnyvale Gardens dock earlier today in what authorities believe was an act of sabotage by members of the Third Street Saints. Reports of gunfire and minor explosions were reported minutes before the large freighter exploded, and witnesses claim it was the result of yet another battle between the Sons of Samedi and the Third Street Saints. Claims that the processing plant was a front for a Samedi run drug lab has yet to be confirmed.

The first objective is to breach all the freezer storage rooms and destroy all the fish stored with Loa Dust. Once accomplished, the area fills with fumes, and the screen gains a similar effect to that in "Bad Trip", albeit briefer.

Destroy the Convict fishing boats the Samedi are using to catch the fish. A Sons of Samedi enemy near the northeastern-most boat is carrying an RPG Launcher.

Plant a bomb on the fuel chute of the freighter

Infiltrate the large ship stationed at the dock, and plant a bomb on it.

Get off the ship before the bomb goes off

There is a three minute timer to escape.

The bomb malfunctioned, get off the ship

The bomb malfunctions, and the timer is shortened to 30 seconds to get outside of the bomb's radius, which is marked on the map.

The Stronghold ends once the bomb detonates.

This is Spackle Fishing Industries. Veteran Child took me here to stuff frozen fish with loa dust on our first date... it was good times. Anyway, not a whole lot has changed since then, and the Samedi are still movin' shit through fishing boats. Take out the fish in the freezers, then go blow up the boat they're using to move the stuff. 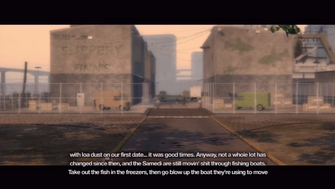 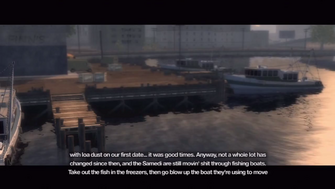 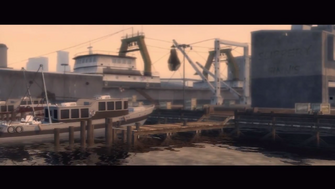 This article contains no references. See Help:Cite.
Retrieved from "https://saintsrow.fandom.com/wiki/Sunnyvale_Gardens_Fishing_Dock?oldid=425266"
Community content is available under CC-BY-SA unless otherwise noted.