Stunt Jumps are a Collection Diversion in Saints Row 2 and Saints Row: The Third.

Stunt Jumps are scattered throughout Stilwater. Find them all for a special reward!

Stunt Jumps are earned by driving a vehicle over a raised jump and flying through the air. Stunt Jump locations are not marked on the Map, or visible in any way, and could be hills, cliffs, or wooden boards. After completing each Jump, there is an on-screen notification that the Stunt Jump is completed.

As with Barnstorming, a certain speed is required in order to trigger the Stunt Jump. Some jumps require a very fast vehicle with Nitrous. Others can be done with a slow vehicle and won't register when approached too fast.

There are 80 Stunt Jumps around Stilwater. Stunt jumping does not count towards 100% completion.

There is only one Statistic directly related to Stunt Jumping:

There are 63 Stunt Jumps in Steelport. Just like in the previous game, completing them does not count towards 100% Completion.

37 of the jumps can be completed at any time. The other 26 are only accessible after story progression because making them requires the drawbridges in town to be raised. Each raised drawbridge offers two jumps. Some of the bridges are raised by STAG as part of the regime they impose on the city.[2] The others are raised as protection against the zombie outbreak.[3] 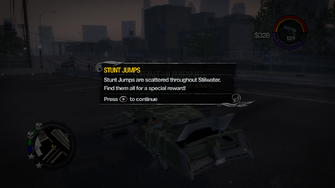 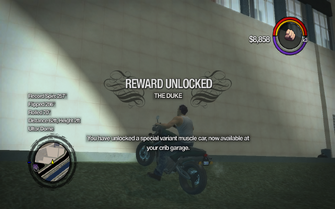 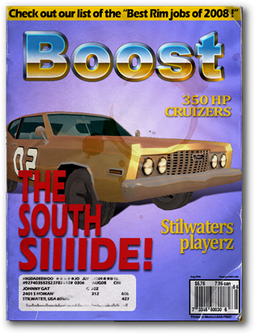 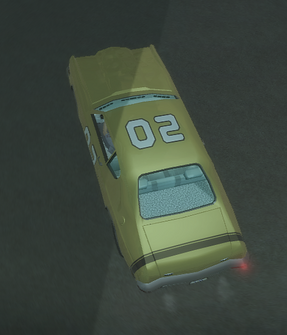 • Bridges at the end of SRTT

Retrieved from "https://saintsrow.fandom.com/wiki/Stunt_Jumps?oldid=339997"
Community content is available under CC-BY-SA unless otherwise noted.