Bring the past into the present with this pack of 100% historically-accurate DLC. Don the trendiest prehistoric animal pelts, arm yourself with the legbone of a long-extinct species, bonk enemies in the face with a bloody club, and then take the whole crew out for bronto-burgers in the latest high-tech vehicle from Stoned Motor Corp!

The Stone Age Pack was released on January 14th, 2014 and is available on Steam[2], PlayStation 3[3], and Xbox 360[1]. It comes with two suits that are color customizable, two weapon costumes, and a Stoned vehicle. 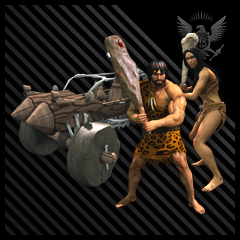 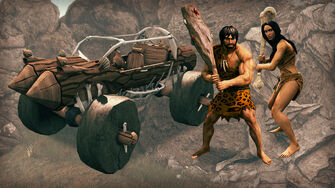 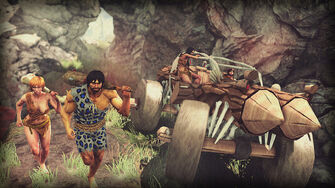 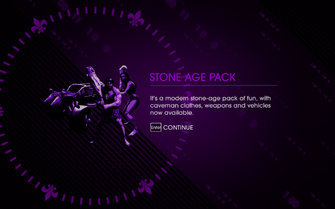 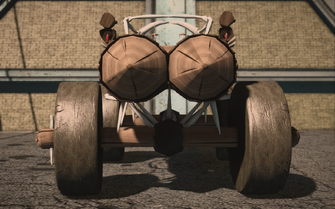 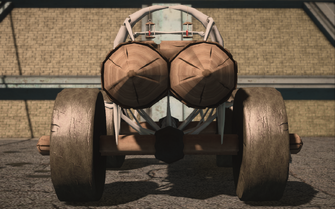 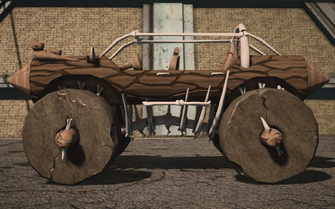 This article contains no references. See Help:Cite.
Retrieved from "https://saintsrow.fandom.com/wiki/Stone_Age_Pack?oldid=424326"
Community content is available under CC-BY-SA unless otherwise noted.