The Stilwater Transit system is an elevated rail system in Stilwater.

The rail system primarily runs along a city orbiting loop line visiting eight stations along the route. The Downtown, Museum and Business District stations run along an additional core loop. The Line is elevated above street level, except for a short sub-surface section between Shivington and Encanto, which is a shortcut half-way through the main loop.

The transit system remains much the same in Saints Row 2 except for changes in the route due to Ultor's development of the Saint's Row District. The trains stop at stations, but their doors do not open.

There are 4 train cars on each train, and it is easy to derail with an RPG Launcher or another type of explosive device. The train itself does not explode, but derails.

The Stilwater Transit system has eight stations, four on each island.

There are two Trains, one travels clockwise, the other travels anti-clockwise. The cost of travel is always $25, regardless of the distance.

This time table shows that the complete loop takes 1:24, while the Museum-Downtown-Business loop takes 20 mins. The displayed times indicate that no trains take the underground shortcut.

The logo on the door of the Train 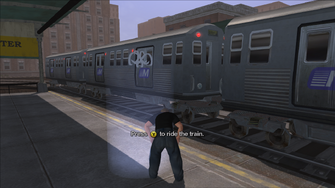 Press Y to ride the train 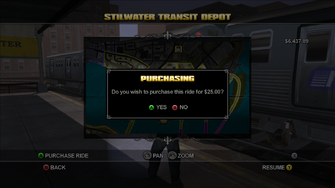 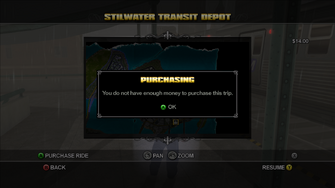 Stilwater Transit - You do not have enough money 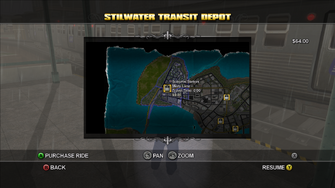 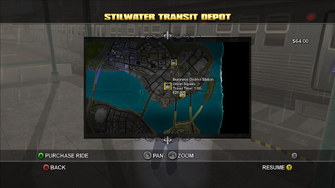 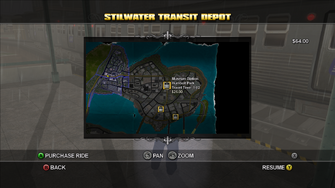 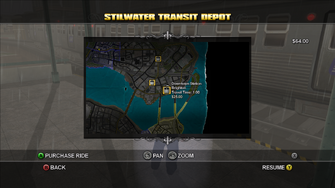 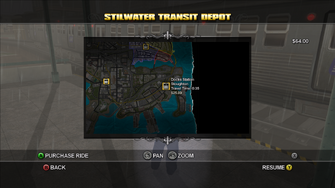 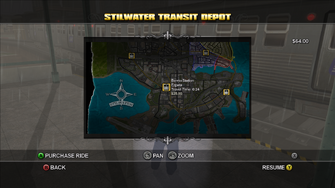 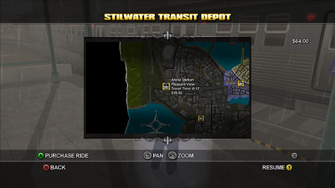 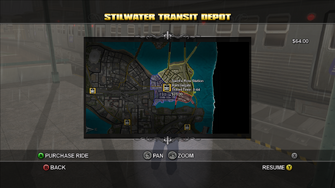 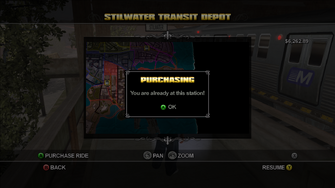 Error when selecting the current station 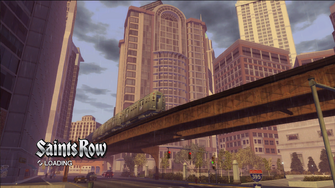 Retrieved from "https://saintsrow.fandom.com/wiki/Stilwater_Transit?oldid=423655"
Community content is available under CC-BY-SA unless otherwise noted.