Stilwater Penitentiary is a building in Saints Row 2.

The Protagonist spends five years in a coma in the prison infirmary,[1] where he undergoes facial surgery to prevent disfigurement from the boat explosion at the end of Saints Row.[2] Soon after waking from that coma, he escapes with fellow inmate Carlos Mendoza.[3]

The Protagonist returns to the island when he triggers a prison break in order to rescue Laura, the drug dealing housewife from Saints Row. Guards use Tombstones and NR4s to suppress the riots, whilst many prisoners are beaten with Nightsticks and sprayed with Pepper Spray and shot with Stun Guns. Laura and The Protagonist successfully escape, although in the midst of the chaos.[4] 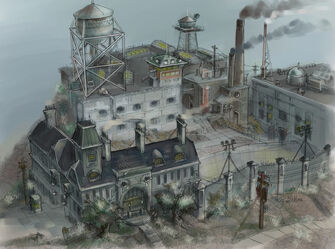 Concept art of the prison 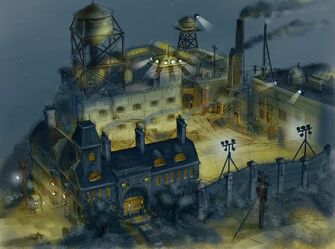 Concept art of the prison at night

Whiteboard inside the prison 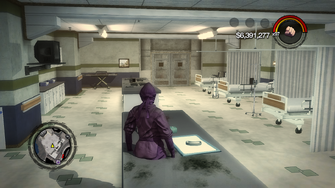 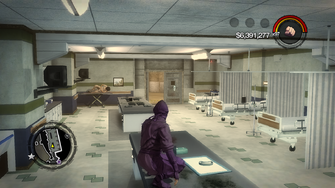 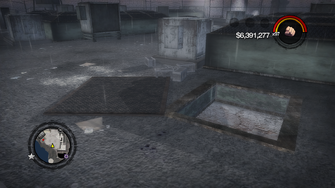 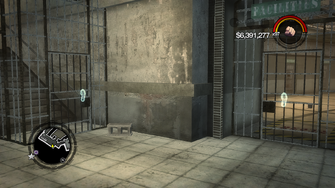 Extra doors along tutorial escape route outside of Jailbreak 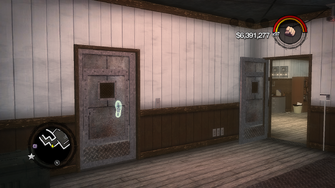 Extra door in the armory outside of Jailbreak 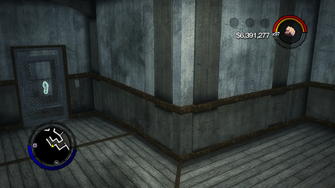 Rear hall accessible via armory outside of Jailbreak 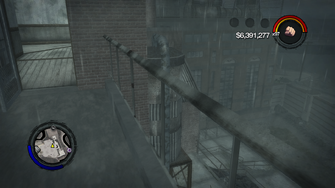 Exterior walkway accessible via armory outside of Jailbreak 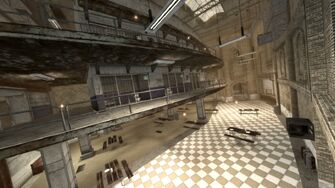