Stilwater Caverns is located underground below the Black Bottom neighborhood in the Factories District, and is accessed via a set of stairs at the gift shop named Spelunkers, or a cave next to a dock to the east of Spelunkers. One of the many Stilwater tourist traps, these caverns are illuminated with various colored lights and their friendly ghost spelunker mascot.

When the bums living underground in Old Stilwater are displaced by Playa claimed the Saints Hideout,[1] they set up a makeshift shanty town deep in the caverns. Playa subsequently clears them out after learning that they planned to get revenge after their eviction from the mission house.[2]

The Caverns are used as the truce area for Carlos and Playa meeting with The Brotherhood leader Maero, which is interrupted by police.[3]

The caverns are a typical limestone-formed underwater ravine, with many passages and corridors. The map in the gift shop shows a "Haunted Section", which has eerie breathing sounds not present in the rest of the caves. High up on one side of the cavern is a hole, which leads to a shanty town, all the way at the end of the illegal shanty town, is a opening not far from the outside entrance by the sea. The caverns' largest room is the Glass Lake, a room with a very deep hole filled with water, it must be named that since the water is so still, it looks like glass. There are several docks scattered around by entrances to smaller corridors. At the back end of Glass Lake's channels is a large waterfall. Stairs run up the side of the waterfall, way at the top is a opening into the sea, it is unknown why this is really here, as the uninterrupted flow of water from the sea would have quickly flooded the cavern to sea level, at which point no waterfall would exist.

The Spelunkers radio ad[reference?] states that the caverns were created by dynamite blasts used during the construction of the freeway, which reveals the caverns are unintentionally man-made, not naturally occurring caves. There are about 10 Clothing logos related to the caverns. 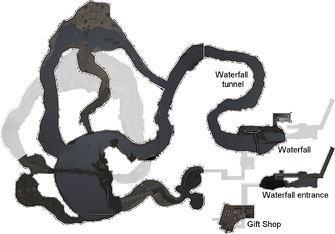 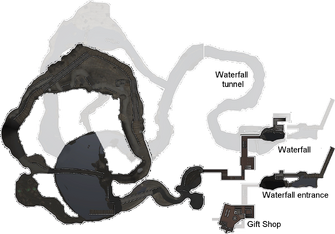 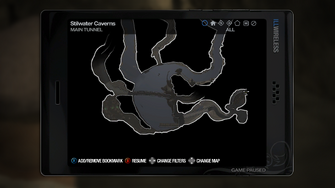 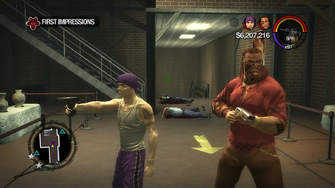 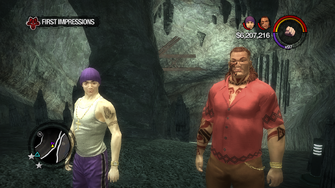 The Caverns as they appear in the Brotherhood Mission: First Impressions 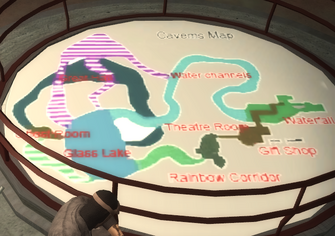 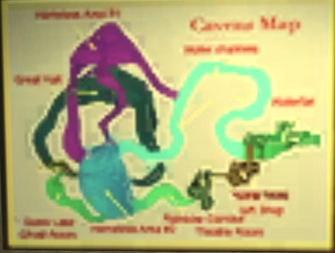 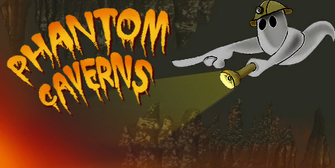 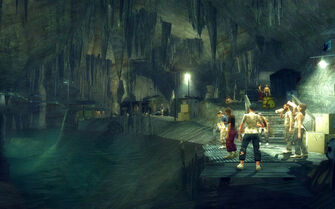 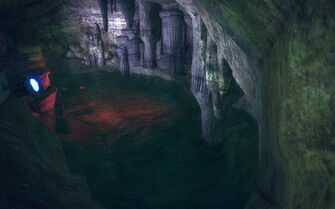 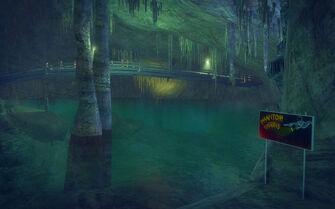 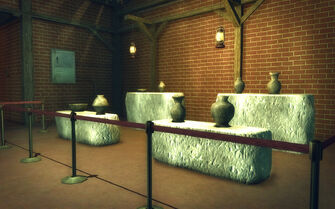 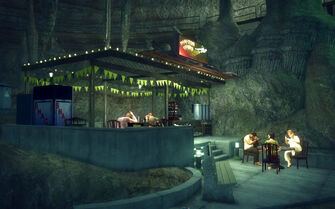 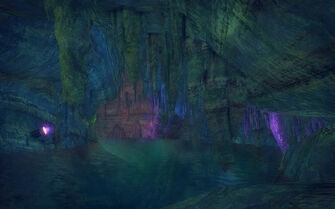 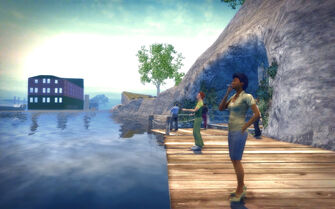 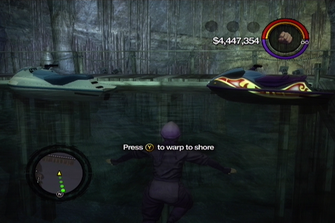 This article contains no references. See Help:Cite.
Retrieved from "https://saintsrow.fandom.com/wiki/Stilwater_Caverns_(Neighborhood)?oldid=425896"
Community content is available under CC-BY-SA unless otherwise noted.