The Sonic Boom is a weapon in Saints Row: The Third.[1]

Focused sound waves knock down most things in your path. Charge it up and see what happens!

The Sonic Boom is a high-powered, "experimental", sonic frequency device developed by STAG. Like other STAG weaponry, it is designed to shoot out highly-concentrated bursts of energy and not bullets, but unlike other STAG weaponry, this weapon concentrates the energy into focused, sonic frequency waves which are so powerful, they can be used to move heavy objects and open locked doors.

The Sonic Boom is obtained during the mission "Air Steelport", and then featured in "Zombie Attack" and "Three Way". Using it is required to complete all three missions.

It has to be charged up before firing. When fully charged and used on people, the weapon has the same effect as the Apoca-Fist. Incompletely charged, it flings enemies backwards and causes them to ragdoll. When fully charged, the Sonic Boom gibs just about anything, including the bodies of people who are already dead. The Sonic Boom can also be used to move vehicles. A charged shot used on a vehicle filled with people often gibs everyone inside as well as damage the vehicle, which is useful against the police or gang members when they arrive on the scene. It is also quite handy for pushing water vehicles back into or out of the water, or turning a flipped car back onto its wheels before it blows up.

A full charge can knock down a Brute. 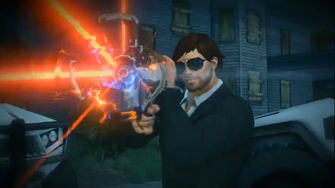 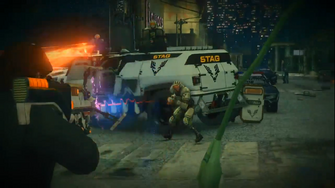 The Sonic Boom in the "Shock and Awesome" trailer for Saints Row: The Third 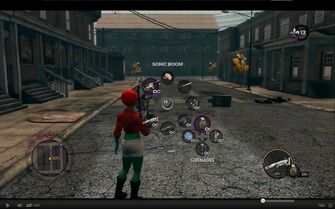 The Sonic Boom in the weapon selection wheel 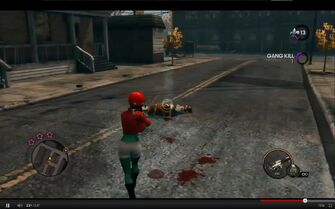 The Sonic Boom being used 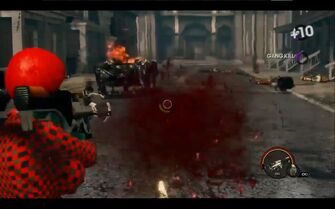 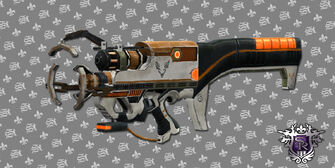 This article contains no references. See Help:Cite.
Retrieved from "https://saintsrow.fandom.com/wiki/Sonic_Boom?oldid=421543"
Community content is available under CC-BY-SA unless otherwise noted.