"Showdown" is the eleventh and final mission of The Brotherhood story arc in Saints Row 2.

With Maero having lost so much to the 3rd Street Saints, he calls Playa for a final showdown at the Ultor Dome. Playa shows up, eager to finish The Brotherhood, but it quickly transpires that Maero has not come alone.[2]

Playa defends against the onslaught of desperate gang members and guns them all down. Maero attempts to run Playa over in his Atlasbreaker monster truck but is stopped. As Maero struggles to climb out of the wreckage of his vehicle, Playa hits him a few times and, aiming a gun at his head, executes him.[3]

The gang known as the Brotherhood of Stilwater came to an[sic] bloody end today, as its leader Maero was found dead in the Ultor Arena. No eye-witnesses were left alive, but reports from around the neighborhood suggest a person matching the description of the leader of the Saints was seen entering the Arena shortly before the presumed time of Maero's death. Calls to the Philips[sic] Building regarding what occurred in their facility were not immediately returned.

The mission takes place in a small arena.

Although there is only one objective to this mission, Maero avoids Playa until most of The Brotherhood members are killed, circling the sunken perimeter of the arena in his Atlasbreaker.

At the beginning of the mission, Playa is behind a slab of concrete, out of view of The Brotherhood. There are several RPG Launchers located around the center of the arena.

In addition to Maero in his Atlasbreaker, there are three Compensators, two Legions, two Alaskans, and a Swindle. The Brotherhood members can be killed by destroying the vehicles with RPGs, or by shooting the drivers, which forces the passengers to leave the vehicle.

After most of the enemies are killed, Maero becomes more aggressive and attempts to run over Playa.

Get your ass to the Ultor dome...this ends now.

You don't have a chance in hell...

Maero survives from his burning monster truck upside-down, Playa walks up to Maero and then kicks him in the stomach and stomps on his right arm.
Outrage Protagonist gives Maero an angry look and then slaps him in the face with his gun. Playa place the foot on Maero's neck and points the gun at him
Playa: "Any last words?"
Maero: "Go to hell."
Playa shoots Maero in the head with gunshot.
Playa: "Sorry, didn't catch that." 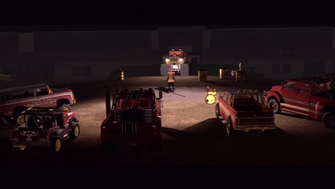 Playa is ambushed by Maero and the last of The Brotherhood 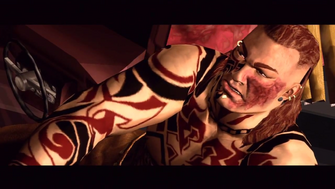 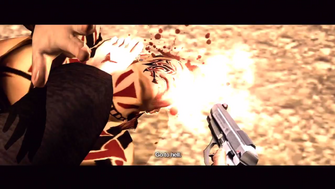 Maero is executed by Playa 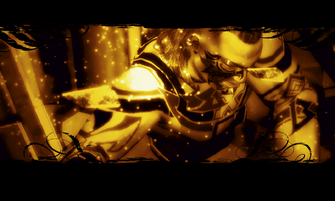 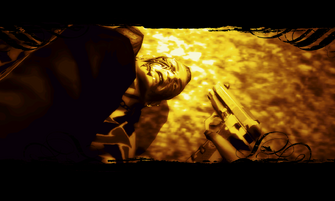 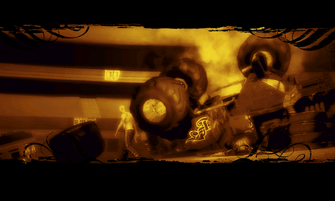 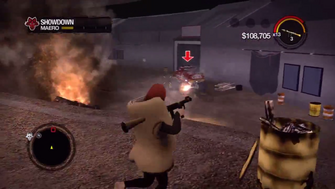 This article contains no references. See Help:Cite.
Retrieved from "https://saintsrow.fandom.com/wiki/Showdown?oldid=425052"
Community content is available under CC-BY-SA unless otherwise noted.