The Shock Hammer is a Temporary Weapon in Saints Row: The Third.

The Shock Hammer is an over-sized melee weapon carried by Specialists of the Deckers gang. Like all Temporary Weapons, it cannot be picked up by The Protagonist until the enemy wielding it has been killed. In addition, it cannot be stored in the Weapons Cache or inventory.

The Shock Hammer is designed to strike the ground and send out electrical shockwaves which knocks back and kills most nearby bystanders caught in its wake. When used against The Protagonist, it momentarily stuns them or knocks them down, leaving them open to enemy attacks. This is also the only Temporary Weapon to feature a secondary attack, in which The Protagonist violently swings the weapon from side to side, knocking down and killing almost any adversary with one or two strikes. A Shock Hammer has exactly 10 uses when first picked up, which does not reset when dropped, and the usage counter does not decline when the secondary attack is used. 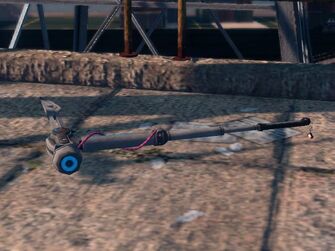 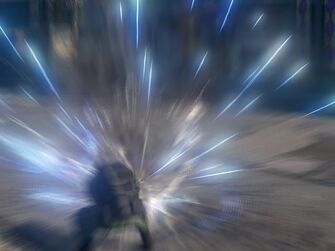 The Shock Hammer striking the ground 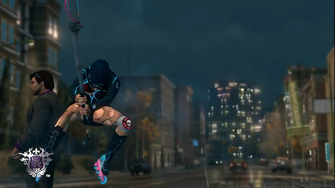 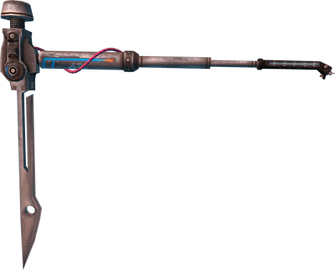 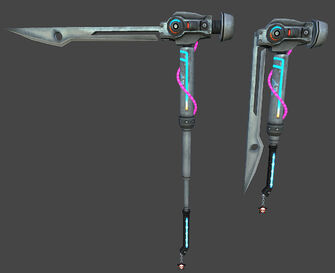 This article contains no references. See Help:Cite.
Retrieved from "https://saintsrow.fandom.com/wiki/Shock_Hammer?oldid=337838"
Community content is available under CC-BY-SA unless otherwise noted.