The Shark-O-Matic is a weapon in the Shark Attack Pack DLC for Saints Row: The Third.

Avast! There be nothin' like shootin' lubbers with fish guts to lure the elusive Steelport Sewer Shark. Yarrr!

This weapon is a shotgun and is part of the Shark Attack Pack. When shot, it covers what is shot at in fish guts. When it is shot at a person, they either panic or look for the stain. Afterward, a shark comes up from the ground and violently devours their victim; however, the shark will not appear if the player attempts to use one while aboard an airplane or ship. 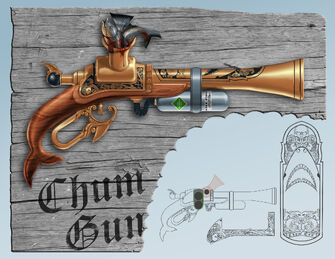 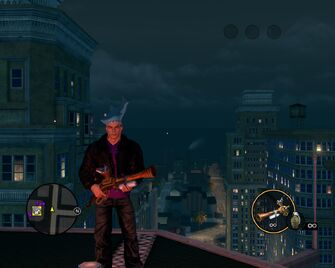 The Shark-O-Matic in third person view 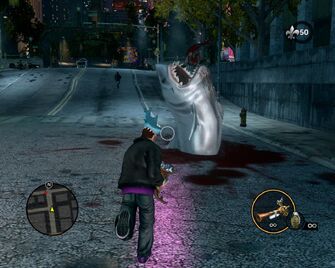 The Steelport Sewer Shark about to eat its victim 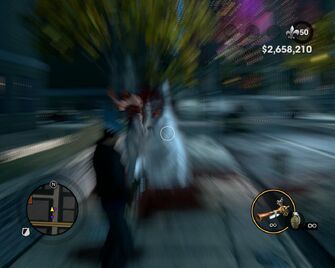 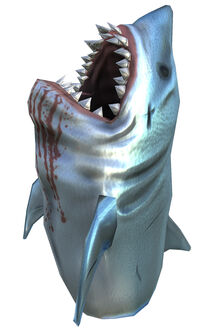 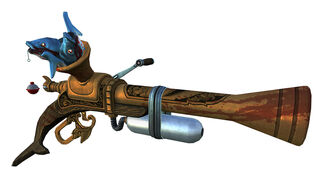 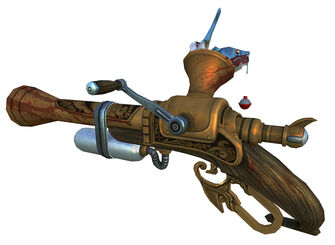 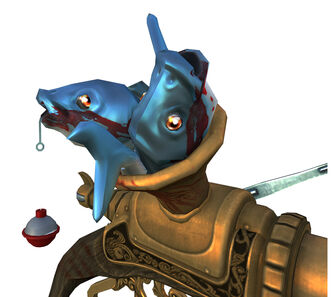 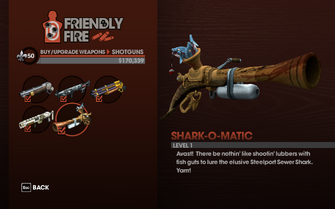 This article contains no references. See Help:Cite.
Retrieved from "https://saintsrow.fandom.com/wiki/Shark-O-Matic?oldid=340162"
Community content is available under CC-BY-SA unless otherwise noted.