Shakespeare is a character in Saints Row: Gat out of Hell.

In life, Shakespeare was regarded as one of the most influential playwrights in history.[reference?] When he passed on from the mortal realm, and arrived in Hell, he quickly acclimated himself to the ruler Satan, upon which he was granted the title and privileges of spymaster general.[reference?] Of course, his wit and charm also bewitched Satan's daughter Jezebel.[reference?] The two often met in secret in her bedroom in the Tower, where the Bard spoke to her of the dramatic works he created during his first life.[reference?] However, when Satan found out, he banished Shakespeare from ever setting foot in his presence again.[reference?]

Heavily incensed at this treatment, the Bard swore revenge against the Fallen One, beginning by acquiring a nightclub in the Den called the Tempest, where he quickly built up a cult of personality around himself, which gradually evolved into a vast network of criminal contacts dubbed the "Tragedies".[reference?] From his audio tomes, Shakespeare claims to have eyes and ears in every district of New Hades, ensuring that he is aware of everyone and everything happening in Satan's realm.[reference?] All he needs is something to tip the balance and send the Fallen One crashing down.[reference?]

Narrator: "In the land of the living, William Shakespeare is regarded as one of the most prolific playwrights of all time..."
Narrator: "However to the denizens of Hell, The Bard is seen in a far different light."
Narrator: "After selling his soul for fame and adoration, Shakespeare served in hell as Satan's spy master general."
Narrator: "In doing his duty Shakespeare would punish the souls he was investigating by forcing them to perform in grotesque passion plays for Satan's amusement."
Narrator: "But in a Twelfth Night-esque twist, Shakespeare found himself living a double life."
Narrator: "While he projected an image of cruelty, his heart was as soft as Jezebel's. In secret he would tutor her on the classics and act out the works of his mortal days."
Narrator: "When Satan found out, he cast Shakespeare out of the palace. Believing that the poet would be tormented by the populace of Hell, far out of Jezebel's sight."
Narrator: "But Satan had not counted on The Bard's cunning."
Narrator: "Embracing his persona of master torturer, Shakespeare and his followers, "The Tragedies" took root in the entertainment district biding their time for revenge." 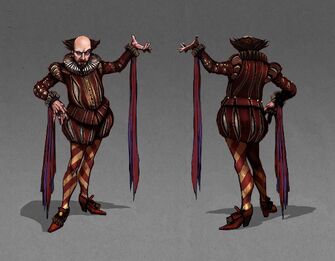 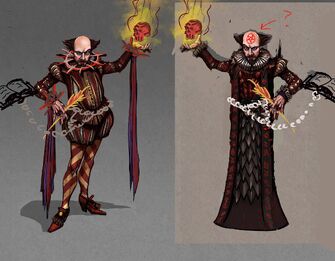 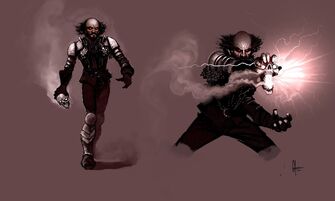 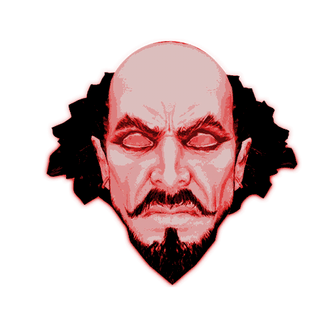 This article contains no references. See Help:Cite.
Retrieved from "https://saintsrow.fandom.com/wiki/Shakespeare?oldid=425653"
Community content is available under CC-BY-SA unless otherwise noted.