The Samurai Sword is a melee weapon in Saints Row 2 and Saints Row: Total Control, where it is known as Katana.

The Samurai Sword is the melee weapon of choice of The Ronin, and is available at Brass Knuckles at the beginning of the game. In both Ronin missions "Kanto Connection" and "One Man's Junk...", it must be used in battles against Jyunichi and Kazuo Akuji, although Jyunichi is armed with Dual Samurai Swords.

In Saints Row: Total Control, the same weapon is known as a Katana, and is a premium weapon which must be purchased for with Gold, which can only be purchased with real money.

The Samurai Sword viewed in a model viewer 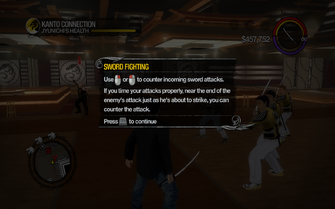 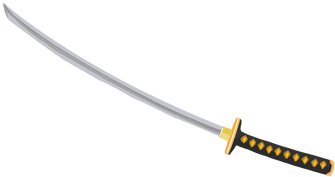 This article contains no references. See Help:Cite.
Retrieved from "https://saintsrow.fandom.com/wiki/Samurai_Sword?oldid=416436"
Community content is available under CC-BY-SA unless otherwise noted.