"Saints and Martyrs" is the final mission in Saints Row.[1] It consists of only a cutscene, named "Salting the Earth".

Yo, could you speed this shit up? I wanna go to Freckle Bitch's...

Playa receives a phone call from Alderman Richard Hughes after the events of the previous mission.[2] With Marshall Winslow and Chief Monroe dead, Hughes would like to meet Playa aboard his yacht during a fundraiser later that day to set things straight; Hughes says he believes they can have a healthy relationship, and even promises that Julius Little will be there.[3]

That night, Playa finally meets the Alderman - Monroe's associate - but everything is not quite what it seems. Hughes begins by thanking Playa for handing him the election; Hughes knew that there was no way he could beat Marshall Winslow, which is why he asked Chief Monroe to strongarm the 3rd Street Saints into killing Winslow. Hughes further thanks Playa for killing Monroe shortly afterwards, thereby casting any negative attention off of Hughes and onto the 3rd Street Saints.

Hughes plans to use the events of Saints Row to his advantage: his Saint's Row urban renewal plan was originally criticized as displacing poor people, but is now being lauded as destroying a hotbed of gang activity. He describes the public as "fickle". Hughes believes there are only two types of people in the world: winners and losers. To be a winner, he believes he must level Saint's Row and "salt the earth", thus removing the last gang in Stilwater and gaining the support of the public as mayor of the city.

During his speech, a final montage is given on some of the residents of Stilwater: Johnny Gat is sleeping, with Aisha sitting on the side of the bed, Luz Avalos is musing standing on a bridge, Benjamin King is lost in thought leaning on a car, and Donnie is once more sitting on Lin's Voxel.

Hughes then threatens Playa; he knows the Saints second-in-command cannot be reasoned with or paid off, so Hughes decides to have Playa killed. As he says this, Julius Little, who was looking at the yacht from across the river, walks away, staring at his watch. Troy, alone, turns over a badge, revealing himself to be an undercover police officer in the gang. Finally, Hughes jokes about thanking Playa in his acceptance speech, but as he is about to leave for his party and leave Playa at the mercy of his bodyguards, the yacht suddenly explodes.[4]

As the credits roll, Jack Armstrong and Jane Valderamma give one final newscast as the game ends, leaving the events to be continued in Saints Row 2, starting from "Jailbreak".

The following text has been transcribed verbatim from the game files. Usually, these can be read in-game upon completion of a Mission or Stronghold by pausing the game at any time during gameplay, going to the 'INFO' tab, and selecting 'Story'. However, as the game returns to the main menu after completing the mission, this can only be seen via the game files.[5]

The call from Alderman Hughes regarding the recent death of Police Chief Monroe isn't sitting well. Being the only gang left in town, perhaps Hughes thinks he can buy your loyalty. Or perhaps he just wants to threaten the Saints into leaving. Regardless of his motives, you've fought hard to run this city and nobody will stand in your way...

The final mission in Saints Row has no gameplay; however, there is a phone call from Alderman Richard Hughes before being allowed to start the mission, and there is a prompt to save the game on the way down the stairs to the yacht.[6]

As there is no gameplay portion, it is not possible to fail this mission.

After the cutscene, the credits play. After the credits, the game returns to the title screen. There is no "after the mission" gameplay in Saints Row, as Playa was caught in the yacht explosion. Free roaming is possible by loading the save. This mission marker remains on the map, but it is not required for 100% Completion.

This newscast plays during the credits.

Jack Armstrong: "This just in to the newsroom, a deadly explosion has rocked the waterfront. Our Jane Valderamma is already at the scene."
Jane Valderamma: "Jack, waterfront residents and the press, who were setting up their cameras and microphones to cover the gala fund-raiser scheduled for mayoral candidate's Hughes' campaign, were treated to an amazing site a few moments ago as the yacht registered to the alderman exploded in a shower of brass and mahogany. We were a safe distance away so no one here was injured, as far as we can tell, but we have no word as to who - if anyone - was actually aboard. We don't know how this happened, why this happened, or even who was on the boat - if anyone - as no survivors have been located. I was inside the press tent when it happened, but witnesses outside say that the peaceful, serene evening was suddenly punctured by a viscous explosion that not only reduced the alderman's yacht to a pile of floating debris, but knocked out windows and swamped smaller boats throughout the marina. Jack."
Jack Armstrong: "Jane, while you were giving that report we attempted to contact Alderman Hughes' press secretary, and there was no answer. Do we know where the alderman is?"
Jane Valderamma: "No we do not, Jack. I've asked around and no one from the press cord noticed any official movement on the boat, as it's early in the evening and the event was not scheduled to begin for another couple of hours."
Jack Armstrong: "Do we know if this was an accident, or yet another attempt on the life of a public official?"
Jane Valderamma: "Jack, we don't have any definitive answers on that, and with almost no details emerging yet, we still do not know if this was something as silly as a galley or a fuel tank explosion... but in the light of recent events, we cannot rule out the possibility that this was more than just an accident. Reporting live from the waterfront, this is Jane Valderamma. Back to you, Jack."
Jack Armstrong: "Thank you, Jane, and stay dry. Stay tuned as we get more details on this unfolding event, we will bring them to you immediately. In the newsroom, I'm Jack Armstrong."

Hello young man, this is Alderman Hughes. That was quite a message you sent at Winslow's funeral...and trust me, I heard it loud and clear. Now I'd like to set one thing straight...it was Monroe's plan to strong arm the Saints; personally I've always thought you and I could have a much healthier relationship. Now, we've had a rocky start, yes but why don't we fix that. Come over to my fundraiser tonight, Julius will be there and between the three of us I'm sure we can work something out.

— Richard Hughes, in a phone call after completing the previous mission, Hail to the Chief

Bodyguard: "Your guest is here, Mr. Hughes."
Richard Hughes: "Thanks Steven, if you don't mind could you wait outside?"
Richard Hughes: "I'm Richard Hughes, it's a pleasure to meet the man who handed me the election."
Richard Hughes: "No need to be modest, I'm serious. There's no way I could have beaten Marshall Winslow, God rest his soul, but you made the impossible happen, and for that I can't thank you enough."
Richard Hughes: "I mean, had Winslow been the only person killed, attention would have definitely been cast on me, but after that fireworks display you pulled at his funeral, it's become abundantly clear these horrible crimes were perpetrated by the 3rd Street Saints."
Richard Hughes: "While before, people criticized my Saint's Row urban renewal plan, it is now being lauded. See, until you came along, I was displacing poor people. Now I'm destroying a hotbed of gang activity. What can I say, the public is fickle... champagne?"
Richard Hughes: "As you get older you quickly learn that there are only two types of people in this world... race, money, gender, none of this matters. At the end of the day you're either a winner or a loser. Now, the sad truth about our situation is that in order for me to be a winner I have to level your neighborhood and salt the earth."
Richard Hughes: "Hold on for a moment, Steven, could you come in here?"
Richard Hughes: "Where was I? Oh yes, salting the earth."
Richard Hughes: "I suppose I could try to pay you off, but really what's the point? You'd just say no, or in your case, stand there looking intimidating, and we'd be right back where we started. So I figured I'd cut the middle man and get right to the point."
Playa: "Yo, could you speed this shit up? I wanna go to Freckle Bitch's..."
Richard Hughes: "You're going to die here son, make no mistake about that... but if it makes it any easier on you, I'll be sure to thank you in my acceptance speech. Now if you'll excuse me, I have a party to attend."
Hughes looks around as a bomb beeps before detonating 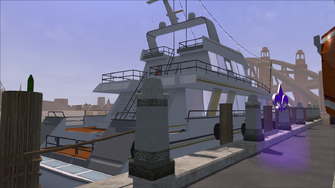 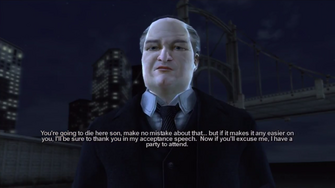 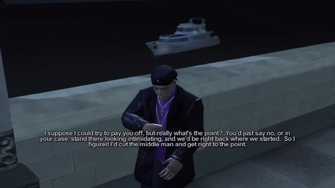 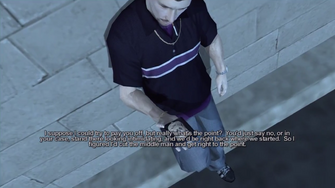 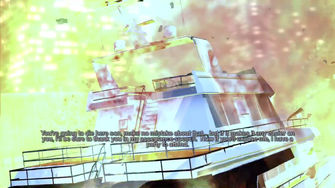 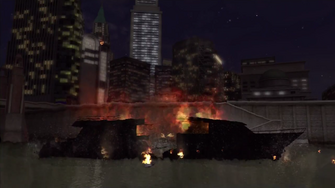 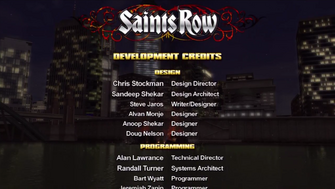 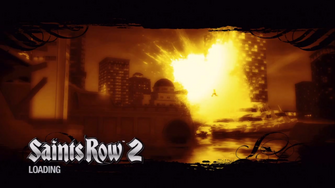 This article contains no references. See Help:Cite.
Retrieved from "https://saintsrow.fandom.com/wiki/Saints_and_Martyrs?oldid=426468"
Community content is available under CC-BY-SA unless otherwise noted.