1,284 articles are constantly being updated. There is still plenty to do, so please contribute in any way you can.
Everyone can edit, so if you notice something missing or incorrect, just click "Edit" and help improve the wiki!

Random Poll
Please wait for poll to load
Random Trivia
Which is the only vehicle with wheel options which cannot have Standard Rims? (Answer)
Random File 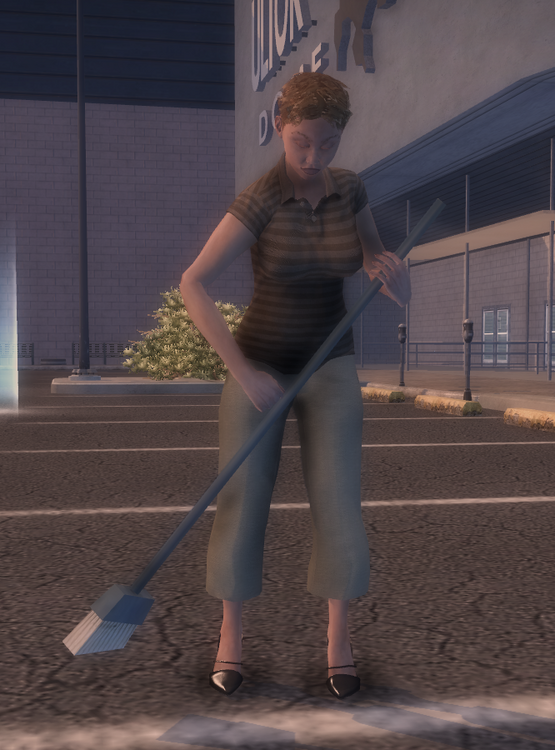 If this is a poor quality image, please upload a replacement.
Randomly chosen from 23757 files on the Saints Row Wiki
Random Dialogue

Worthplaying: "As a company, how does THQ evaluate if a game product is worth moving forward on? A year or two ago, Saints Row Drive-by for PSP was canceled. More recently, the Saints Row Money Shot project for XBLA was going to tie into Saints Row: The Third, but it was also shelved. How do you determine when to forge ahead?"
Danny Bilson: "It's similar to any other entertainment business. We have a group of executives — in core, particularly — who are all gamers who experienced product in the marketplace. You just know, just like any gamer who buys a game, you know what's good and what's not, ideally. In the case of Money Shot, it will be on PSN as a Sony offering, and I'm pretty sure it's free."

Katie is a character in two cutscenes in Saints Row 2.
She casts Playa as a last-minute replacement on FUZZ after seeing his mug-shot on the News, and is later employed as Dex's secretary, meeting him at the airport as he flees Stilwater.
She is voiced by the actress who provided the voice of Samantha.