The SKR-9 Threat is a weapon in Saints Row 2.

Replacing the SKR-7 Spree from Saints Row, this fully automatic SMG has a high rate of fire and can be single or dual wielded. It does more damage per bullet than other SMGs, but like the SKR-7 Spree, the SKR-9's main disadvantage is that it has a lower ammo capacity; requiring constant replenishing if used extensively. Firing in short bursts can maintain ammunition, and completing the Snatch activity in the Downtown District unlocks unlimited SMG ammo.

While this weapon is thought to be an urban weapon, Ultor labs say wielding two "doubles productivity".[2] 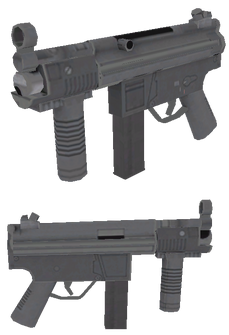 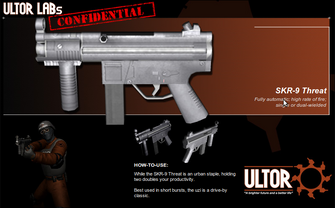 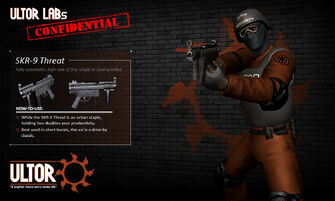 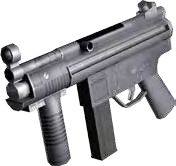 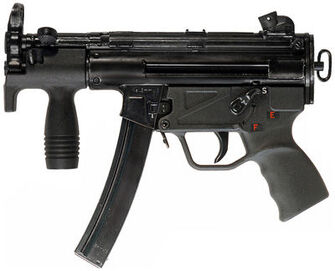 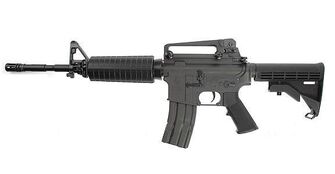 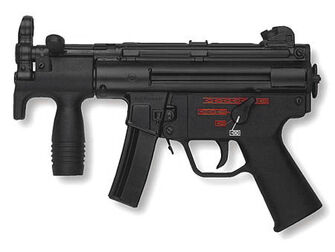 This article contains no references. See Help:Cite.
Retrieved from "https://saintsrow.fandom.com/wiki/SKR-9_Threat?oldid=416439"
Community content is available under CC-BY-SA unless otherwise noted.