Compete in competitive or time trial races to earn cash and Respect.

In most vehicle races, any car can be used, but some use a specific car regardless of the car brought to the race. Competitors always drive similar cars, if a sports car is used, the other drivers also use sports cars. It is not possible to use a car in a bike race, or vice-versa.

Weapons are disabled for the duration of each race, but ramming and PIT maneuvers are still allowed. It is also impossible to jump out of the vehicle, although it is still possible to fall off the bike.

Lorenzo[2]: "Hey man, what's up...look you didn't see any-"
Lorenzo: "Cool, that's straight...well, you know what I mean. Look, I know of a couple races that are about to go down if you're interested...just to let you know the tuners 'round here don't play nice with guys they don't know so be careful out there."

— Lorenzo in Straight and Narrow cutscene.

Tyrell[3]: "You're fuckin' kiddin' me..."
Tyrell: "come on, just because one cornbread muth...'aight, fine."
Tyrell: "Can you believe this shit? Last week one of the racers took out some kid when taking a turn. He got off no problem, but no one has seen the chump since and people are gettin' nervous. All I need is one more racer to get shit started, ya down?"

Libby[2]: "OK people, if you aren't at the line in five you won't be racing!"
Libby: "Look hun, if you wanna race today you better hurry up. There's some real money to be made if ya got some skills."

— Libby in On the Line cutscene.

There is no reward for second place.

There are 8 races in each Gang's turf, with a total of 24 Races.

There are three types of races: Checkpoint, Lap, and Point to Point.

Racing is displayed in the "Diversions - Minigames" menu and does not count towards 100% completion.

There are 27 races in Saints Row 2, and include races with Cars, Bikes, Boats, Planes and Helicopters. Completing all races of each type unlocks a custom vehicle of the same type.

In Saints Row 2, medals are awarded for placing at least 3rd in the race, and only Bronze is required to unlock the rewards. There is no reward for winning Gold in all races, except extra Respect.

In timed Races, medals are earned by finishing within a certain time. The amount of time between each medal varies.

Completing all 27 races unlocks a Cowboy Hat in the Wardrobe, and the "2 Quick 2 Pissed" Achievement.

None of these vehicles can be modified at the Mechanic.

For each race awards Cash and Respect. 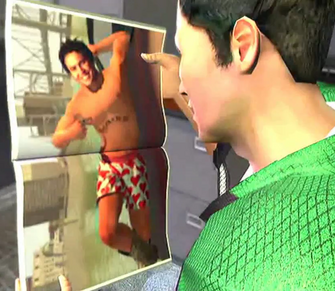 Lorenzo looking at a Centerfold in the "Straight and Narrow" cutscene 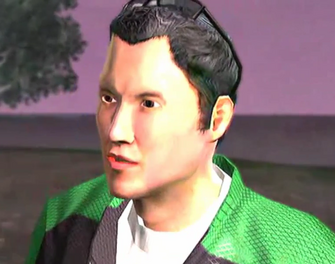 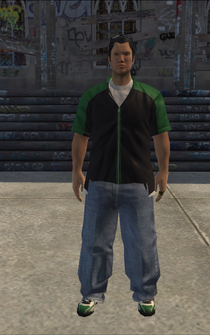 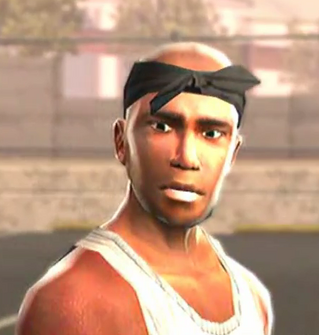 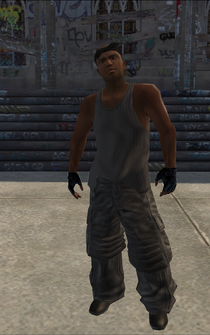 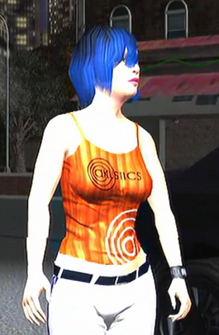 Libby - On the Line 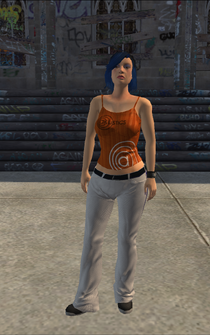 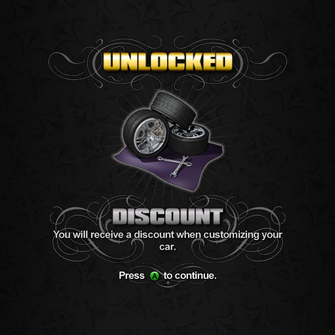 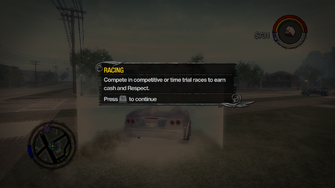 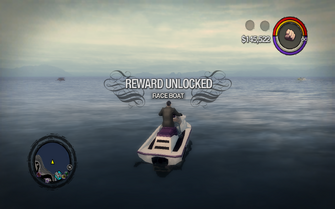 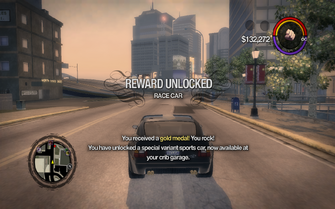 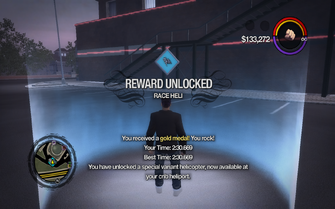 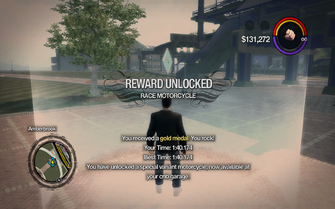 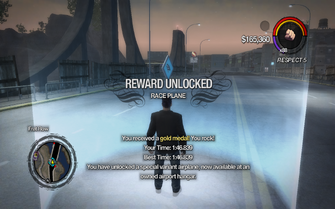 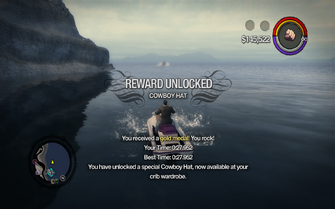 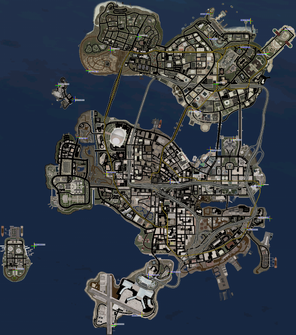 This article contains no references. See Help:Cite.
Retrieved from "https://saintsrow.fandom.com/wiki/Racing?oldid=426026"
Community content is available under CC-BY-SA unless otherwise noted.