They are a common presence at night in both Saints Row and Saints Row 2. However, their abilities and apparent organization differ wildly between the two games.

Pimps are the only gang in the city that don't have a leader, official color and Notoriety bar.

Pimps rarely carry firearms, but they are often armed with Baseball Bats and Crowbars in Saints Row, and they pick up any weapon lying on the ground, including Hand Grenades and RPG Launchers. They also have a habit of using Improvised Weapons.

Pimps spawn all over Stilwater at any time of day, but mostly between 8:00PM to 5:00AM in Red Light, Barrio, Projects and Factories, and sometimes, Saint's Row and Airport districts.

Pimps do not have any spawn locations in the north Stilwater: the only time they spawn there is during Ronin Snatch Activity in Saints Row 2.

Pimps in Saints Row are little more than civilians with slightly upgraded health and weaponry. Pimps only spawn outdoors at night, in low-income areas of Stilwater. Though pimps sometimes travel in carpools, they act independently in combat and can fight each other if prompted to. Pimps often carry weapons such as a crowbar or, in rare cases, a shotgun, making them dangers to fight in close range at the start of the game, although still less of a threat than police or gang members. Pimps assist gang members in Snatch.

As with gang members, Pimps cannot be taken Hostage.

Pimps are apparently an organized faction in Saints Row 2, working cooperatively and traveling in large packs. As in Saints Row, they only appear in low-income areas, mostly during the day within certain clubs or at outdoor restaurants, and seldom alone. They are marked as red dots on the Map like police officers and gang members. In this game the color schemes found in pimps' clothing is significantly wider spread than their predecessors in Saints Row, with the most common items of clothing being a pimp hat or cowboy hat, pimp coat, short sleeve silk shirt, men's pleated dress pants and snakeskin cowboy boots.

Pimps are highly territorial, being visibly aggressive to Playa if they walk into a pimp's path. They are prone to attack after being taunted only once, or otherwise threatened in any way. Pimps are dangerous adversaries as individuals, being highly resistant to gunfire and possessing great strength in melee attacks, as well as proficiency with all weapons, especially Improvised Weapons. To compound the threat, pimps attack ferociously in packs.

After attacking a single pimp, five to twenty other pimps eventually arrive, all focusing their assault on Playa relentlessly. Attacking them from a moving vehicle with a pistol or SMG is usually the best option. Another option is to take one pimp as a Human Shield and throw them into the others, knocking several down at the same time and giving breathing room. Also, any melee weapon that knocks enemies down makes a pimp brawl decidedly easier. Or simply take a pimp as Human Shield and quickly execute him.

When a pimp is threatened he may pick up any weapon laying on the ground, including Improvised Weapons.

After using the Cellphone to call "Pimps 'R Us" on 555-PIMP (555-7467), a pimp arrives in a Compton and attacks, with many other Pimps arriving on foot soon after, even in districts where they are not normally present. 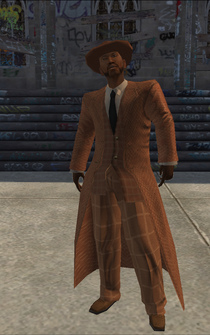 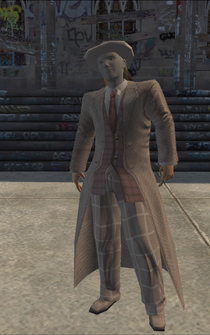 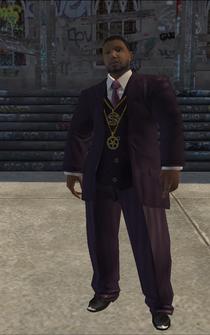 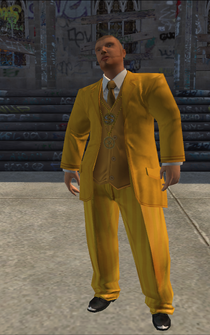 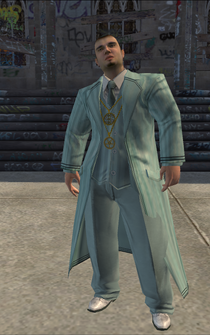 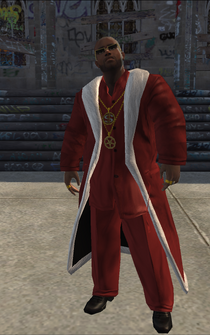 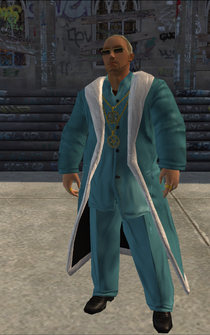 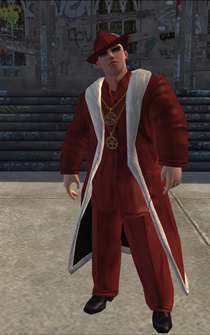 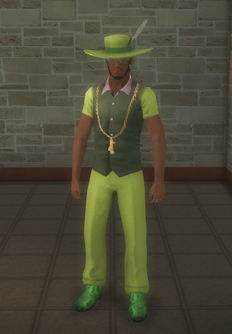 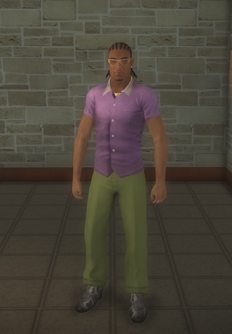 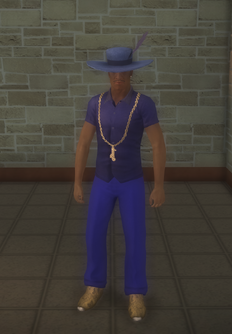 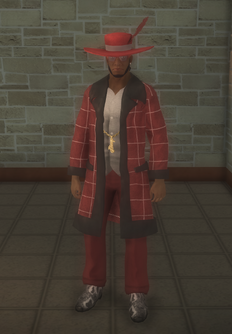 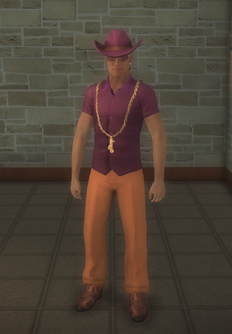 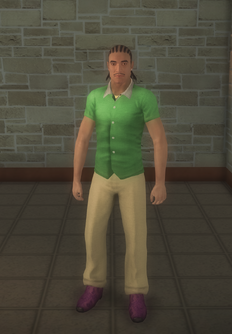 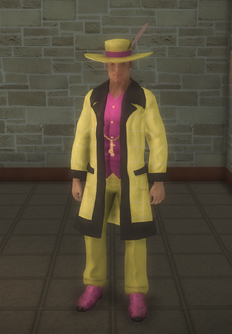 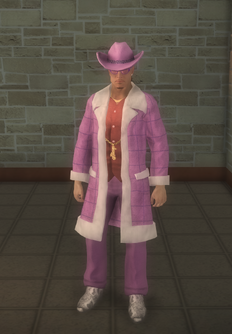 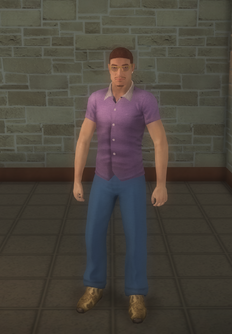 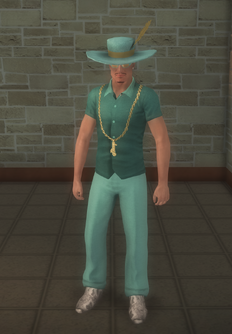 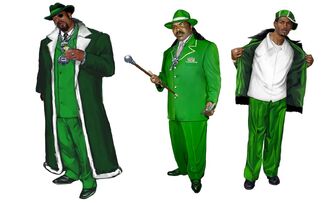 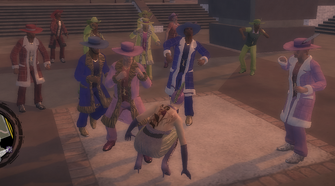 Playa fighting off hordes of pimps

This article contains no references. See Help:Refs.
Retrieved from "https://saintsrow.fandom.com/wiki/Pimps?oldid=426519"
Community content is available under CC-BY-SA unless otherwise noted.