"Picking a Fight" is the preantepenultimate mission in Saints Row 2.

After escaping, Playa receives a phone call from Johnny Gat, who is also being besieged by the Masako. He advises Playa to go find Pierce and Shaundi, who are most likely also being attacked. Playa finds the pair – who are indeed being attacked by the Masako as well – and saves them. Back at the Saints Hideout, after examining the dead body of a Masako soldier, Playa learns of The Pyramid, and sends both Pierce and Shaundi to find out as much as they can on it.[4]

Not satisfied with the response of the Stilwater PD, Ultor has deployed their personal security force to help apprehend the Third Street Saints. While the Ultor Masako Team engaged the Saints in a bold firefight, Ultor happily reports that there were no civillian[sic] casualties.

This mission becomes available after finishing all gang story arcs and watching the "An Amazing Quarter" cutscene. After the Masako attack Playa, the mission starts in Club Koi, with level 2 police notoriety.

Fight your way to an exit

Stand up from behind the counter and kill the Masako inside the building. Downstairs, either exit can be used, as more Masako are waiting outside at either point. After exiting, Johnny Gat calls and instructs Playa to rescue Pierce and Shaundi, who Gat surmises are also being attacked by the Masako.

There are no required kills, so it is possible to simply run towards the exit ignoring all enemies inside and outside. While this strategy is risky, this avoid adding additional police Notoriety, which makes the escape much easier.

After exiting the nightclub, there are two types of vehicles nearby: Five-Os and Bears. Although the Bear's heavy armor and Mounted .50 cal is advantageous, the Five-O is a better vehicle for this mission due to its sheer speed.

Either can be saved first, but the GPS automatically points towards the closest, which is Pierce.

Throughout the mission, a Tornado may spawn while travelling to Pierce or Shaundi if at level 4 or 5 police Notoriety. When playing a patched game, the Tornado may fire missiles which are one-hit kills; while the Bear can withstand multiple missiles, the Five-O instead gives a much more valuable speed boost to avoid missiles.

"So a Gang Leader Walks In A Bar..." cutsceneEdit

— Shaundi, as Playa nears her

Thanks boss, I thought I was dead for sure...

— Shaundi, after Playa saves her after saving Pierce

Shaundi: "I liked Ultor a lot more when they just made clothes..."
Pierce: "Whatchu do to piss these guys off?"
Playa: "Fuck if I know..."
Pierce: "Yo, I signed on for killin' gang bangers not fightin' some SWAT team from hell..."
Playa: "Don't worry 'bout it Pierce, we'll take care of it..."
Pierce: "The fuck you mean, "don't worry about it", these guys are packin' space-age shit..."
Playa: "Hey Shaundi, you date anyone who worked at a place called the pyramid?"
Shaundi: "No..."
Pierce: "For real?"
Playa: "Alright, you two find out whatever you can about this place...I wanna take these assholes apart." 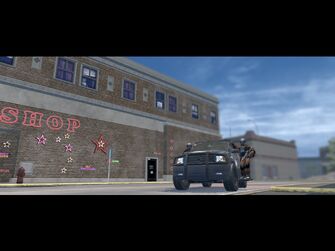 Picking a Fight - Masako and FBI 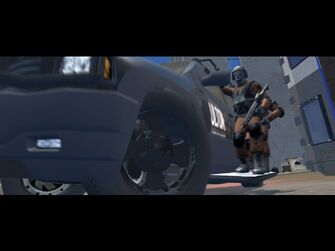 Picking a Fight - Masako on the left left of an FBI 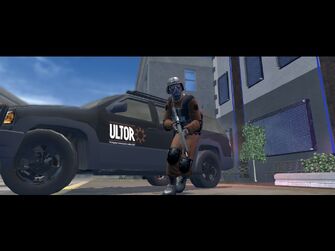 Picking a Fight - Masako running from an FBI 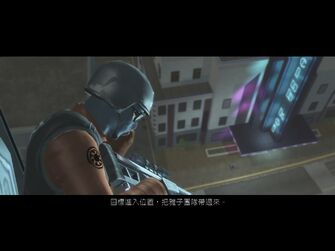 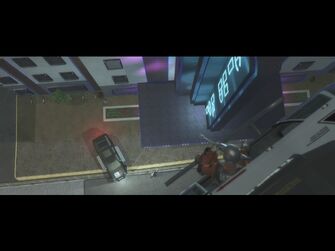 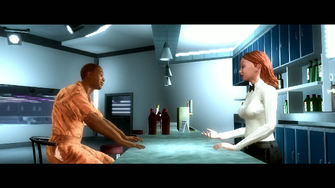 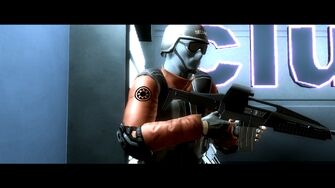 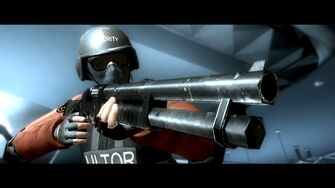 Picking a Fight - Masako soldier with a Tombstone 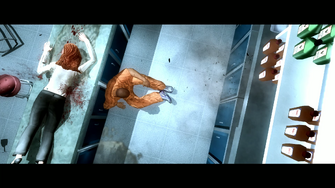 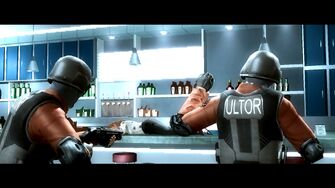 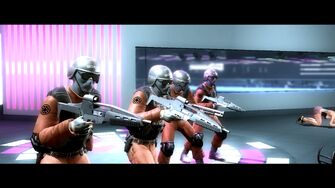 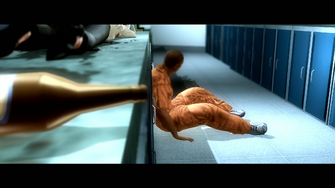 Picking a Fight - Playa behind bar 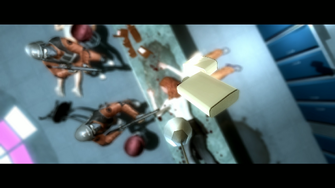 Picking a Fight - the lighter 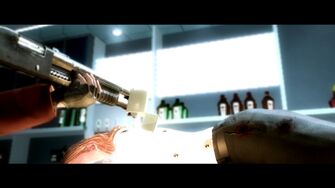 Picking a Fight - Playa's lighter landing on the bar 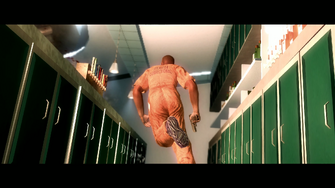 Picking a Fight - Playa beginning to run away from the bar 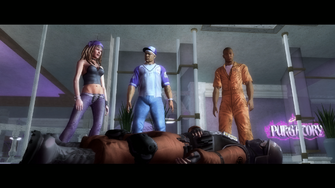 Shaundi, Pierce, and Playa with a dead Masako 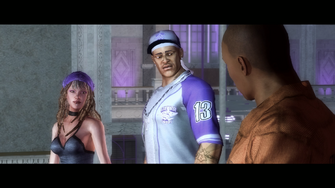 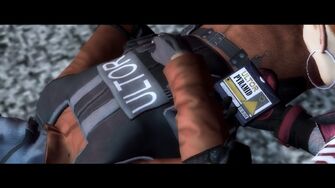 The identification card which says the soldier worked at "The Pyramid" 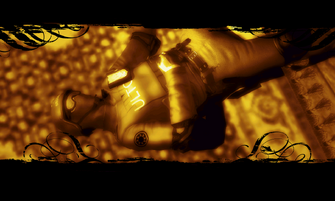 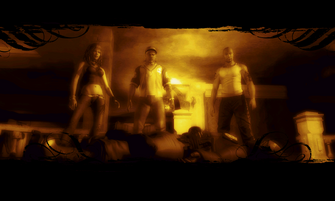 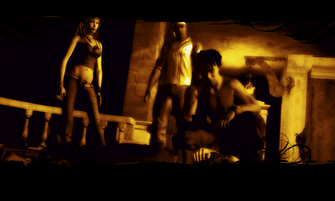 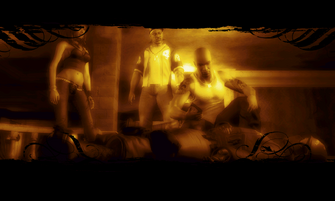 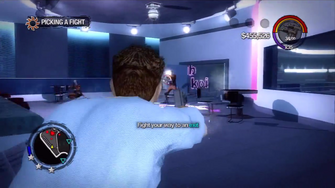 Picking a Fight - Fight your way to an exit

This article contains no references. See Help:Cite.
Retrieved from "https://saintsrow.fandom.com/wiki/Picking_a_Fight?oldid=425231"
Community content is available under CC-BY-SA unless otherwise noted.